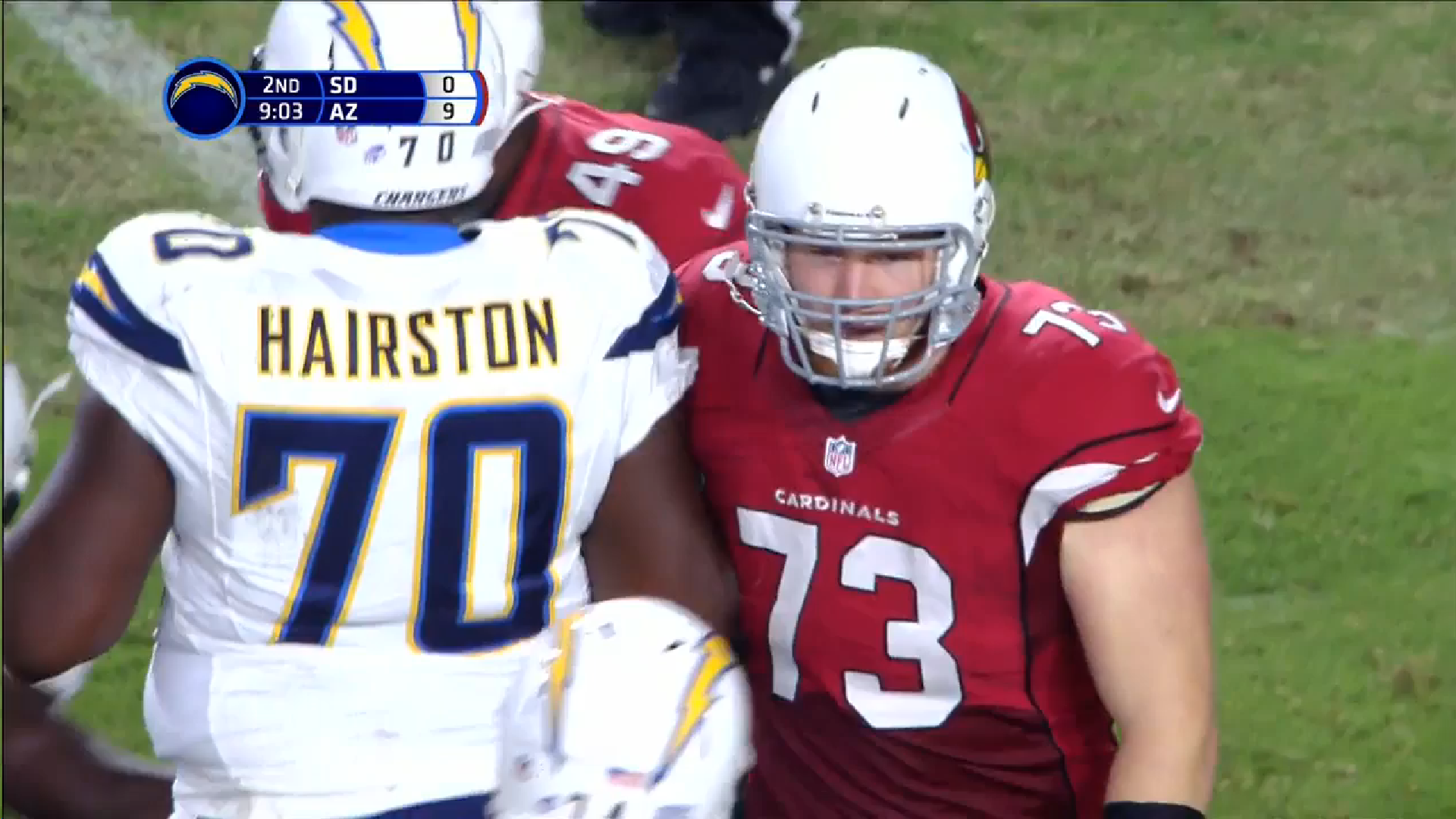 The Pittsburgh Steelers lost three of their own players last season, either off the waiver wire or having been signed off the practice squad. The loss that seemed to most upset the fan base, however, was rookie undrafted free agent defensive end Josh Mauro, who prior to the draft drew comparisons to Brett Keisel.

Mauro performed well during the preseason, and there was some debate as to whether or not the Steelers would carry him on the 53-man roster as a seventh defensive lineman, after they lose two defensive ends via free agency the year prior.

However, the team ultimately decided to carry him on the practice squad, and in doing so, they ended up losing him to the Arizona Cardinals when the injury bug hit them midseason. Though Mauro did not see much playing time, he lasted on the roster all year, and remains with the team.

The Cardinals played the San Diego Chargers in their second preseason, game, and Mauro logged a heavy amount of snaps, seeing a bit of rotation early in the second quarter before playing nearly all of the second half.

In the process of the game, he showed very well against the run, but accomplished little as a pass rusher. Though he was able to get up a good head of steam often, he failed to gain much penetration.

His ability to generate pressure was one of the reasons that he was compared to Keisel, and is something that he did fairly well in the preseason last year, but that was not the case in this game. In fact, there was hardly a moment in the pass rush worth highlighting, such was its consistent blandness.

His run defense, on the other hand, was consistent at worst, and opportunistic at best, as he registered three tackles for loss. The first came about six minutes into the second quarter, with the Chargers facing a second and 10. Mauro lined standing up as a linebacker on the play, stunting inside through the right-side A gap and catching the running back by the leg to bring him down.

Midway through the third quarter, the Chargers faced a third and one, which the Chargers were not able to stop. But Mauro did well to absorb a double team as the right defensive end, ultimately shedding the lineman and assisting on the tackle after a three-yard gain.

The play just prior to this third and one carry was pretty indicative, in addition, of how Mauro performed as a pass rusher—I might even say that this was one of his better efforts. Rushing from the right end spot, Mauro did little more than chase himself up the arc, though at least he had the presence of mind to flow back up the pocket, in spite of it being far too late.

Mauro was rotated back in during the middle of a drive at the end of the third quarter after a pair of first downs, and he proceeded to make back-to-back run stops. On the first play, he got his arms into the center’s frame on a reach block to win inside leverage, knifing into the backfield to make the tackle for a two-yard loss.

Mauro started off the fourth quarter on the next play with his third tackle for loss lined up as the right side five-tech. After the snap, he stunted inside, looping through the A gap around the left guard to make the stop.

Mauro was taken off the field for the following third and 13 play. He was often the lineman to come off the field, in fact, and though he made some plays, mainly late in the game, he is certainly still on the roster bubble.

Mauro is listed as the third-string defensive end on a depth chart that is already loaded with veterans, including Calais Campbell, Cory Redding, and Frostee Rucker. While the injury to Cory Peters improved his odds of making the roster, the fact that he also entered the game behind Matt Shaughnessy and rookie Rodney Gunter—who also played inside some—does not speak well to his chances of making the roster.

Perhaps his performance against the Chargers will move him up the depth chart. Head coach Bruce Arians did note him specifically after the game, but whether that translates into anything tangible remains to be seen. Should he fail to make his current team, the Steelers are one team likely to be interested, if not for a spot on the 53-man roster, then on the practice squad.