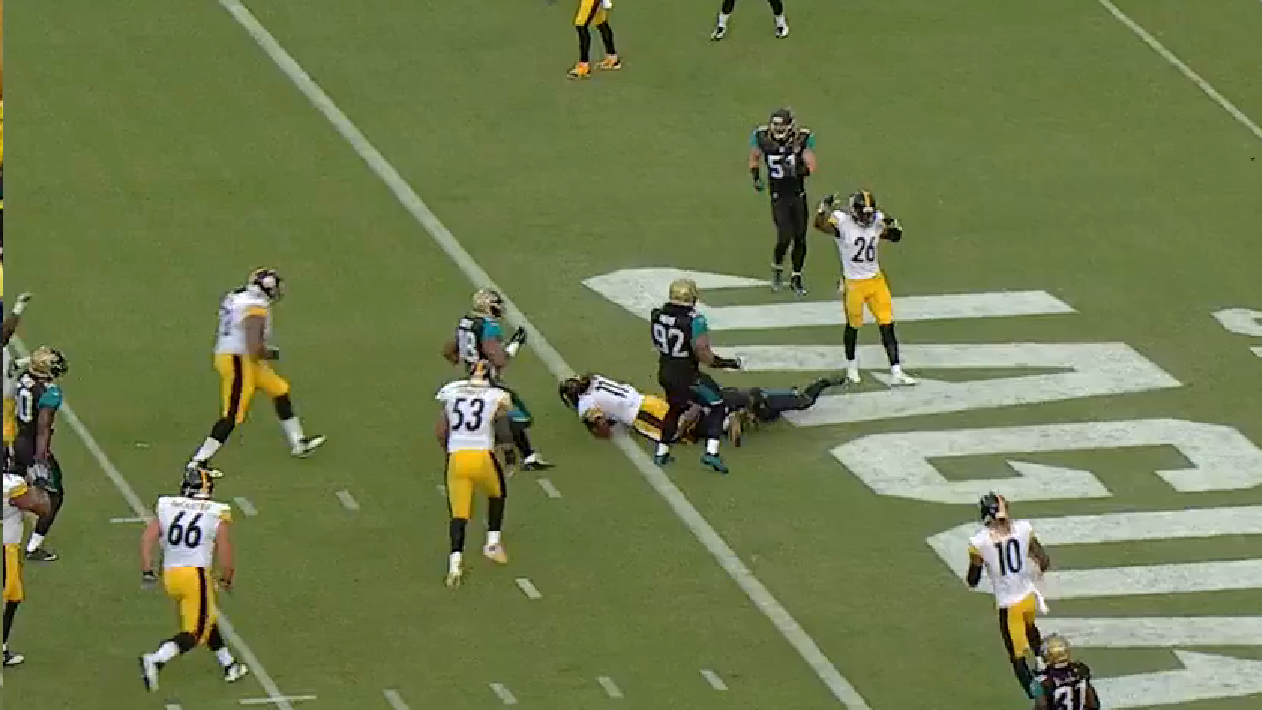 While the Pittsburgh Steelers’ junior varsity offense could muster just three scoring drives and a total of 13 points, with the sole touchdown aided by a turnover deep in enemy territory, the defending AFC North champion’s starting squad looked to be in mid-season form, going one-and-one with a short and sweet opening drive capped off by a perfect 44-yard touchdown pass from Ben Roethlisberger to Martavis Bryant.

To add the cherry on top, the Steelers went for the two-point conversion following the score, and Roethlisberger found Markus Wheaton on about his third read , kicking the game off with an 8-0 lead that would, however, evaporate into a 17-8 deficit by halftime.

With this being the first week of the preseason—following the opening Hall of Fame game, of course—the Steelers didn’t need to see much of their starters just yet, and when they quickly worked down the field and put the ball into the end zone, there was no need to belabor the point just yet.

With the quick score in just six plays and a little over three minutes, many of the Steelers’ key starters on offense called it an early night, including Roethlisberger, Le’Veon Bell, Antonio Brown, Heath Miller, and Maurkice Pouncey, all of whom were healthy scratches for the Hall of Fame game as it was.

It wasn’t just the fantastic three-for-three (and four-for-four including the conversion) performance from Roethlisberger, which produced a 100 percent completion percentage, 59 yards, one touchdown, and a perfect passer rating, however.

It was also the 16-yard scamper from Bell around the right edge and up the sideline, which came only a play after hauling in a nine-yard reception after lining up outside, with Brown tucked into the slot.

It was the comfortable pocket afforded Roethlisberger off of play action as he corkscrewed a beautiful ball about 40 yards through the air into the waiting arms of his speedy receiver leaving the defender in his wake.

It was just a taste of what this well-oiled machine is capable of when all its moving parts are working and in sync. It is the versatility and variety of ways that this offense can out-scheme and beat its opponents.

While we will see more from this group over the course of the next two games, it certainly doesn’t seem as though they need much more work to put everything together. Of course, that is the illusion afforded to us by such proficiency in a short amount of time. They will and do need to put more work in during this preseason, if only to test themselves for battle by the start of the regular season.

It seems to be a safe prediction at this point that the Steelers will put forth their best offense in franchise history during the 2015 season. Roethlisberger has already stated his intended goal as averaging 30 points per game, with many of his teammates getting on board. With all that we’ve read and the little that we’ve seen thus far, it is hard to deny that as a realistic mark to reach.