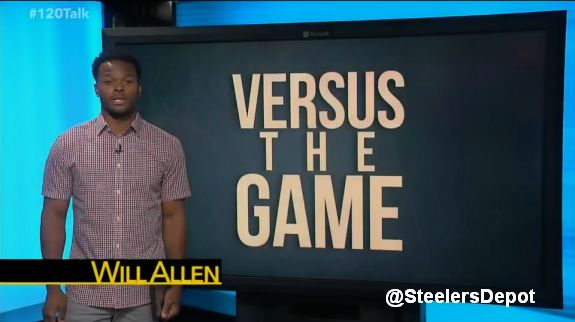 Earlier this month, we wrote an article on Pittsburgh Steelers’ safety Will Allen announcing he was starring in a video discussing why several NFL players have retired early.

Today, Part One of the video has been released.

“I give him credit to be able to have that foresight to look ahead. To say, you know what, I don’t want to be 45 years old, and I can’t play with my kid. That’s just not the quality of life I want to have.”

During the video, produced by 120 sports, retired defensive end Alex Brown makes a great point about what fans can and can’t see.

“The physical part of the game gets shown on TV…the mental part is what you go through the other six days.”

McFadden was candid, saying that despite the risks football has, isn’t a decision he regrets, noting that it “opened up a lot of other doors for me.”

Rackley ended the video by advising current players to begin looking towards what they want to do in their post-football career.

Allen has done just that. In addition to this internship, he started the Will Allen Foundation in 2008 and took up an externship through the NFLPA earlier this offseason.