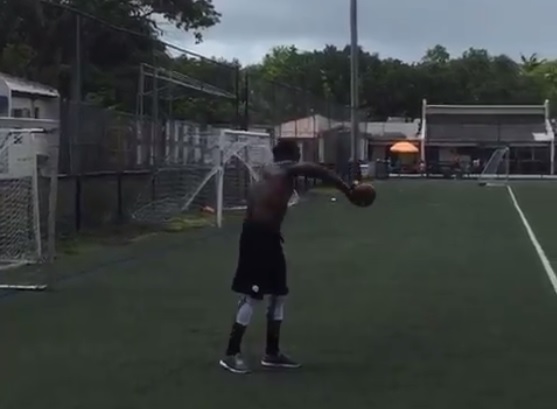 While New York Giants wide receiver Odell Beckham Jr. is already well-known for his ability to make incredible one-handed catches, he’s certainly not the only player in the NFL with that skill set.

Pittsburgh Steelers running back Le’Veon Bell posted a video Wednesday morning of himself snagging a few footballs with one hand during his workouts in Miami at the Bomarito Performance Systems.

Last season, Bell caught 83 passes for 854 yards and three touchdowns and only Matt Forte of the Chicago Bears had more (102) when it comes to players that play the running back position.

Bell will be hard-pressed to match last year’s numbers being as he’s currently slated to miss the first three games of the season due to his suspension, but he could hit the 70 reception mark just the same and especially if his upcoming appeal hearing results in him missing one less game.