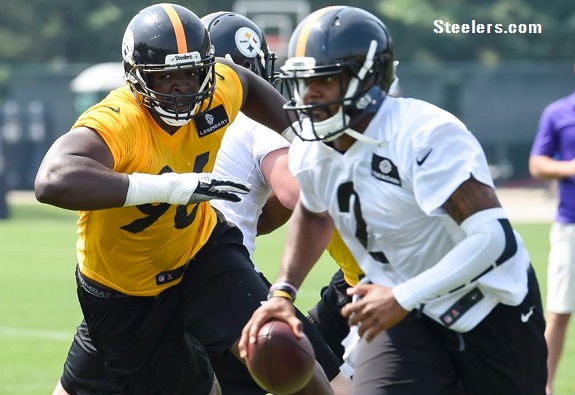 “I like Ben Roethlisberger and the way he improvises, he is second to none the way escapes the pocket and keeps his eyes downfield.”

He may be listed as a quarterback but he has the mentality more appropriate for a running back.

“If it’s third-and-two, third-and-three, I am not going to be one of those guys who steps out of bounds, I am going to do everything I can because I know those guys surrounding me on the offensive and defensive side of the ball are going to do the same thing. I want to play the way the game should be played and that is laying it all out there.”

Boyd is a threat with his legs, rushing for 26 touchdowns in college at Clemson.

After spending the regular season out of the league, he’s of course very happy to be in Pittsburgh, offering nothing but praise for the organization.

“When I first met Mr. (Kevin) Colbert and Coach (Mike) Tomlin, I understood the standard is being the best. There is no such thing as settling for less. When we step on the field there is one mentality, and that is to win championships. Not just the division or conference, but to win the whole thing. That is what separates them from all the other organizations.”

Boyd is expected to compete with Landry Jones for the #3 QB spot. Though the Steelers have a history of keeping three quarterbacks on their 53 man roster, it wouldn’t be a shock to see the team keep only two with Boyd serving as the scout team QB on the practice squad.