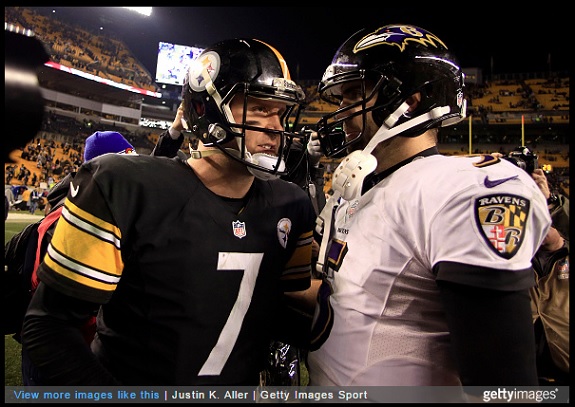 For as much grief as the Pittsburgh Steelers defense has received about its ability to defend the deep ball, their overall performance in that capacity wasn’t as terrible as it would initially seem. Some of the bigger plays that they gave up actually came on shorter passes that were turned into long gains because of poor execution up front rather than on the back end.

Within the division, in fact, the Steelers fared pretty well outside of a game or two, only one of which resulted in a loss. Their worst game in the division against the deep ball came against the Cleveland Browns the second time around, when they gave up five or six passes aimed 20 yards or more down the field, relinquishing 179 yards, one of which wound up in the end zone.

The other game of note would be the first game against the Cincinnati Bengals, in which they completed two of three such passes for 137 yards, which included an 80-yard touchdown pass. In the rematch, however, the Bengals were zero for two with an interception.

The most interesting opponent to watch in this category next season will have to be the Baltimore Ravens, who simply did not use the deep ball against the Steelers nearly as much as they did against other opponents. Joe Flacco threw 56 passes down the field, which comes out to an average of three and a half deep shots per game. But he only attempted four in total against the Steelers in the regular season, hitting on just one, though it was a 35-yard touchdown in a losing effort.

The evidence would suggest to me that this is an anomaly that will regress to the mean in 2015. After all, Flacco did attempt six deep passes against Pittsburgh during the postseason, connecting on two of six for 63 yards.

With the addition of rookie Breshad Perriman, a wide receiver selected in the first round in order to replace Torrey Smith, and, quite frankly, the fact that his arm strength is Flacco’s biggest asset, I expect that the Ravens’ new offense under yet another new offensive coordinator will be hungry to put the Steelers’ new secondary to the test.

Last season, including the playoffs, Flacco completed 25 deep balls for 783 yards and 11 touchdowns versus four interceptions. In the regular season, he was accurate on half of his shots down the field, though he suffered seven drops, and that does not include the number of pass interference calls drawn.

Of course, the Steelers will also be looking to do the same thing to the Ravens’ secondary. Ben Roethlisberger actually attempted the second-most deep passes in the league last season, and was one of four quarterbacks to throw for over 1000 yards on such passes, yet he threw just one interception on 79 attempts. The Steelers passing game is perhaps even more well-equipped for the deep passing game, so perhaps it might be wise for the Ravens to not poke the bear after all.