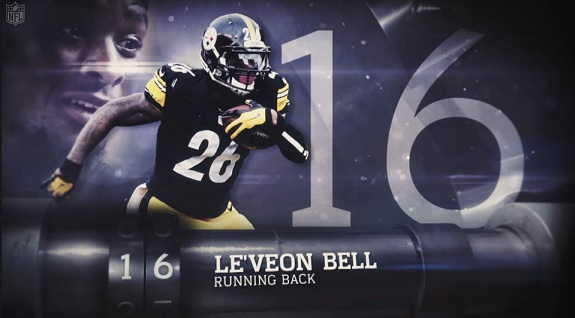 The NFL Network is continuing to count down their top 100 NFL players of 2015 and it’s now been revealed that Pittsburgh Steelers running back Le’Veon Bell finished ranked 16th overall.

Bell is now one of four players in NFL history to record at least 1,300 rushing yards and 750 receiving yards in the same season and his 1,341 rushing yards last season was second-best in the NFL.

Now that Bell’s ranking has been revealed, we now know that Steelers wide receiver Antonio Brown will be ranked in the top 10 this year. Quarterback Ben Roethlisberger (26th) and center Maurkice Pouncey (83rd) were the other Steelers players to make the annual list that is supposedly voted on by NFL players.