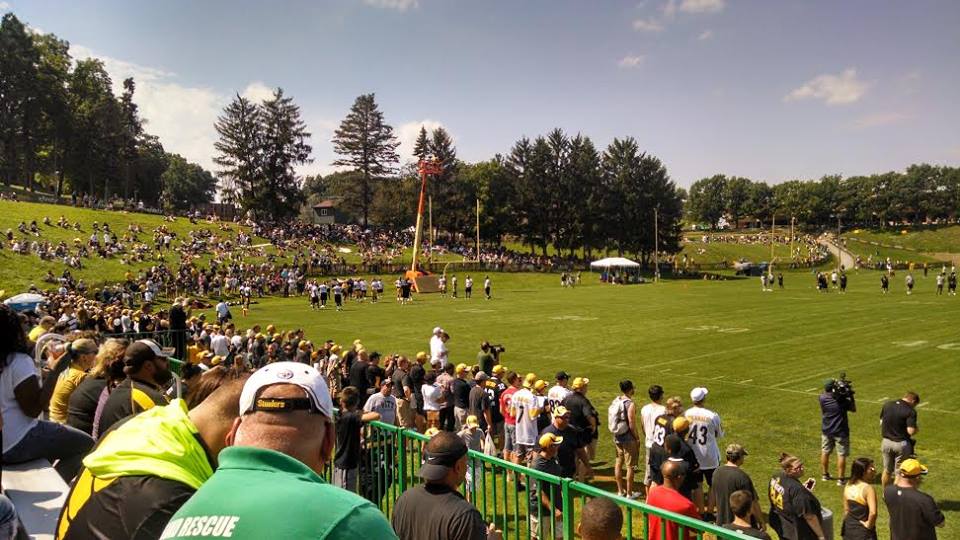 As Dave Bryan did yesterday, I’ll send out my best guesses for the initial Pittsburgh Steelers’ final 53 man roster and 10 man practice squad. As he noted yesterday, we’ll update our rosters after each preseason game. Let’s get to it.

Analysis: This isn’t to simply appease the anti-Landry Jones group. But it’s putting the hope in Steelers’ management to be able to admit their mistake. There’s a reason why the team has been on a mission to collect quarterbacks, from adding Tajh Boyd right after the season – giving him several extra months to get comfortable in the system – and keeping the door cracked for Devin Gardner and Tyler Murphy to see snaps there.

Analysis: Pretty standard here. Still wish Archer could move full-time to receiver but that seems unlikely. Only question is if Harris is kept once Le’Veon Bell returns.

Analysis: Johnson may be underutilized but still a valuable member of the team who can wear a lot of hats. His roster spot is secure.

Analysis: Staying chalk here. Have an open mind about C.J. Goodwin making the 53 but he’s got to catch a pass in a preseason game before I anoint him. They can keep six too – Heyward-Bey’s roster spot doesn’t hinge on Goodwin.

Analysis: Wish there was some more competition on the back end here and it wouldn’t totally shock me if they bring in a veteran tight end some time during camp. Remember, they put in a waiver claim for Tim Wright. But for the time being, James has a relatively easy path onto the 53.

Analysis: Sticking with my initial prediciton of Finney being the UDFA to make this team. Follows the footsteps of Foster and a guy like Doug Legursky. I bet he’ll get a lot of comparisons to the latter even if they’re not completely accurate.

Analysis: Wallace isn’t going anywhere. Versatility and experience is just too valuable here. He’s guaranteed to be active on gameday and the first man up at any of the interior spots.

Analysis: The same four I had in my predicition way back at the start of the offseason. Geathers and Conrath fight for the top backup spot and likely the one who gets a hat on Sunday. Dave’s right – unless Cam Thomas becomes the #3 DE, his salary isn’t worth keeping on the roster.

Analysis: Team didn’t bother to add any sort of competition and with good reason. Both guys are locks.

Analysis: First four are locks. The fifth…not so much. Don’t have a great rationale for the fifth spot, it’s one of the most fluid positions on the roster, but Lemon does have the most football experience of the three in contention. That gives him the edge.

Analysis: One of the readers on Steelers Depot made a great point the other day. Kevin Fogg may have a fan club but it seems unlikely the team would keep three players with so much youth on the back end of their roster. Webb’s experience, and my interest in figuring out how talented this guy is, gives him the #6 spot.

Analysis: Ventrone could be yo-yo’ed and the team probably doesn’t want to give keep a vested veteran on its Week One group. As much as we’ve been critical of Holliman, the team knows the kind of player they were getting and probably has more patience than I do. Confident the team will keep 11 DBs. Changing of the guard.

Analysis: I’ll go out on my limb here. Think Berry will impress with his leg. Been around a lot of great training and coaching.

Analysis: Hopefully it’s only for two weeks, not three.

Analysis: The team doubled up at two positions with the extra taxi squad spots last season and I’ll reflect that here at wide receiver and outside linebackers. Sort of a cop out by keeping Chickillo and Jones, but hey, James Harrison is going to get a lot of off days so the team will need linebackers.

Boyd becomes the third quarterback and runs the scout team. His mobility will help mimic opposing quarterbacks better. Rogers seems like a perfect fit on the practice squad. So does Clear. I really wanted to put Collin Rahrig on here for fun (that’s my definition of “fun,” do not hang out with me) but Dieffenbach would’ve been drafted if healthy and he seems likely to land on the practice squad.