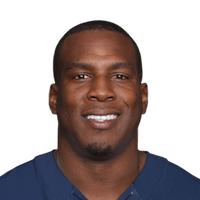 While the 4th of July is a reason for celebration across the United States, there will be four players – and their teams – who will find it difficult to crack a smile.

Antonio Gates, Sheldon Richardson, and Rolando McClain have been issued four game suspensions, the league announced today. Gates has been suspended for violating the NFL’s PED policy while Richardson and McClain were tagged for violating the substance-abuse policy. Green Bay Packers defensive end Datone Jones will serve a one game suspension substance-abuse.

Gates, a 13 year veteran with a previously spotless record, is the most shocking while Richardson may be the most impactful. With him, the Jets were going to boast the best defensive line in football.

McClain has had several issues with the law and the league, causing him to retire in 2013. He started 12 games last year, recording 67 tackles.

Jones was set to enter his third year. He started three games in 2014.

The Pittsburgh Steelers will play the San Diego Chargers in Week 5, Gates first game back after his suspension. It will be a Monday night game in San Diego. In the event Gates will need to be “eased” back in that week, LaDarius Green will receive snaps.

The Steelers will not face any of the other teams in the regular season.