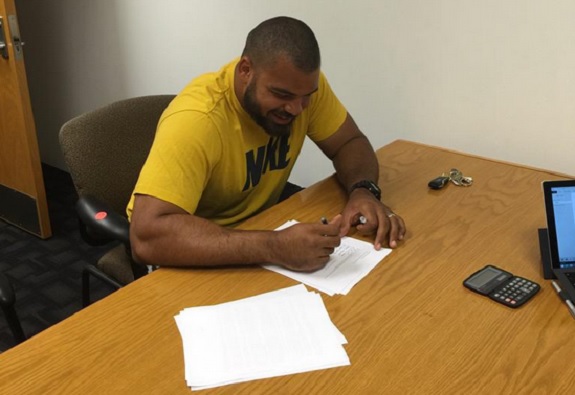 The Pittsburgh Steelers extended the contract of defensive end Cameron Heyward last Thursday night and as of this morning, the numbers are now available per the NFLPA.

While we have known several variables associated with Heyward’s new deal for nearly week, the base salaries of the final five years of his contract that are now available allow us to figure the yearly cap charges.

As previously reported, Heyward’s new 2015 cap charge will be $6.4 million. It was originally set to be $6.969 million prior to the new contract being signed, so the Steelers cleared $569,000 of cap space.

Heyward will have cap charges of $10.4 million in both 2016 and 2017. He is due roster bonuses in each of those two years and it won’t be surprising to see those turned into signing bonuses as part of restructures down the road in order to free up cap space.