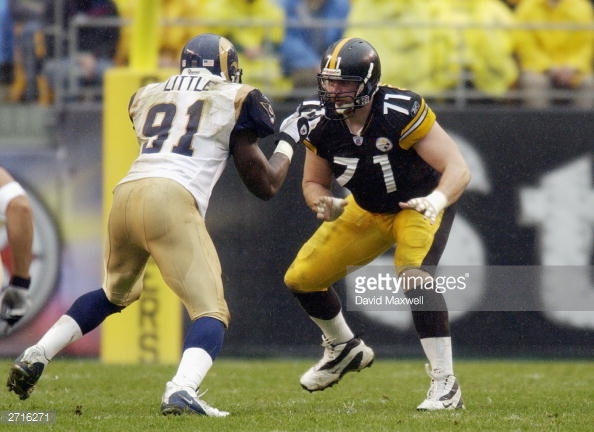 I want to start by apologizing. I’ve completely neglected the trench guys, the most easily forgettable of them all, during this series. We need one of those guys. Enter Todd Fordham. I’m going to be upfront and say I don’t really remember this guy. Maybe you’re a better, or really, older fan than I.

A one year Steeler, Fordham started six games of the 2003 season at right tackle, beating Oliver Ross out of camp before being usurped by him mid-way through the season. Here’s a 2003 article introducing the then newest Steeler.

That was his first and only season in the Black and Gold before spending his final three seasons in Carolina, starting eight more games.

His LinkedIn profile lists himself as a “direct rep in the North Florida area for Alphatec Spine.” He has several skills listed, though “NFL” is way down the list behind “Sales” and “Medical Devices.” That wouldn’t look good on a scouting report.

Poor prospect but will totally convince you to buy all the catheters.

Todd Fordham, your blast from the past.