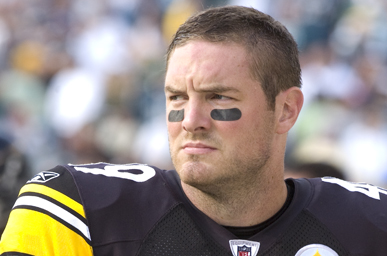 Return to the skill positions and a more recent time period with tight end Sean McHugh, who spent one glorious, Super Bowl winning season with the Steelers in 2008.

After being drafted by the Tennessee Titans in 2004 and spending a hot minute with the Green Bay Packers, McHugh found a semi-permanent home in Detroit, spending three seasons in Mo-Town. He caught 20 passes, most of which coming in 2007.

He was released in the preseason of 2008, avoiding the fate of spending the year on an 0-16 team. Instead, he was on the opposite spectrum, a Super Bowl winner. A Penn State graduate, he was also home.

“To be honest with you, the first day I got here, there’s something about this team. It’s a culture, that’s the best way I can describe it. We didn’t have it in Detroit, for whatever reason,” he told NJ.com in the week leading up to the Super Bowl.

He would only catch three passes the entire year in Pittsburgh, including the playoffs, for 24 yards. But we love him for his blocking ability. We love him because he wore #49, an unusual sight for fans accustomed to seeing the 83 of Heath Miller. We love him because, well, he wasn’t that good. Even in the aforementioned article, the author can’t help but point it out.

“McHugh, understand, is not a star. He is a marginal player hoping to hang on as long as he can, collecting the big paychecks, before he has to get a real job.”

Stone cold, brother. But the famous need not apply here. No, we want t the player with one catch, the reserve special teamer who combined just enough talent and a lot of luck to make a box score. McHugh was the 2008 version of Jerome Bettis. Go ahead, yell. A bit-part playing in his final season in the league, going out on top as a champion.

Sean McHugh should be in the Hall of Fame, is what I’m saying.