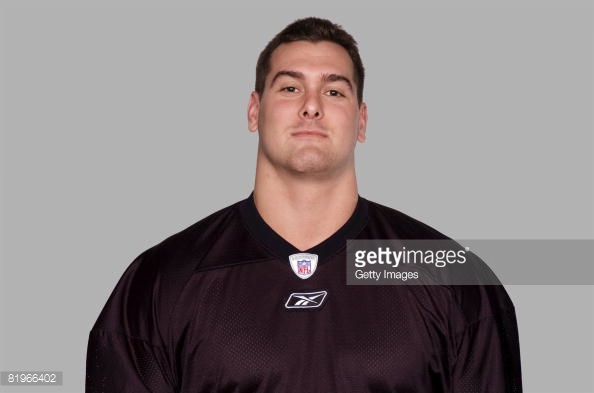 One position we’ve neglected is choosing someone from the defensive line. Not as many great candidates but Scott Paxson fits the “blast from the past” role well. Another practice squad, yo-yo’d on and off the roster type, Paxson originally signed as a UDFA in 2006. He came back after a few weeks with the Green Bay Packers, spending the entire 2007 season on the practice squad.

He was brought up to the 53 man roster twice in 2008 before being waived at the end of the 2009 training camp, his fourth time in Latrobe. He made it there a fifth and final time in 2010 before being released at final cutdowns.

Paxson spent 2010 out of football before signing in 2011 with the Cleveland Browns. For reasons I’m not quite sure of, he wound up playing in all sixteen games, recording 21 tackles and sacking, of all people, Ben Roethlisberger in Week 14. If you remember, that’s the play that injured Roethlisberger and lead to that awful game against the San Francisco 49ers the following week.

An injury ended his time in the NFL and Paxson spent two weeks with the CFL’s Montreal Alouettes.

Maybe it’s just me but it seems like the practice-squad lifers, Paxson and Walter Young are great examples, just don’t exist anymore. The NFL and its expectations have sped up. Two years into your career, you’ve either made the roster or are on the streets.

If you’re looking for Paxson news, stop drilling, you’ve hit oil. I am not sure what to make of this site, but it is completely dedicated to Scott “T-Rex” Paxson. A collection of every article written about him. Either this is a family member or there was a seriously dedicated stalker.

Scott Paxson, your blast from the past.