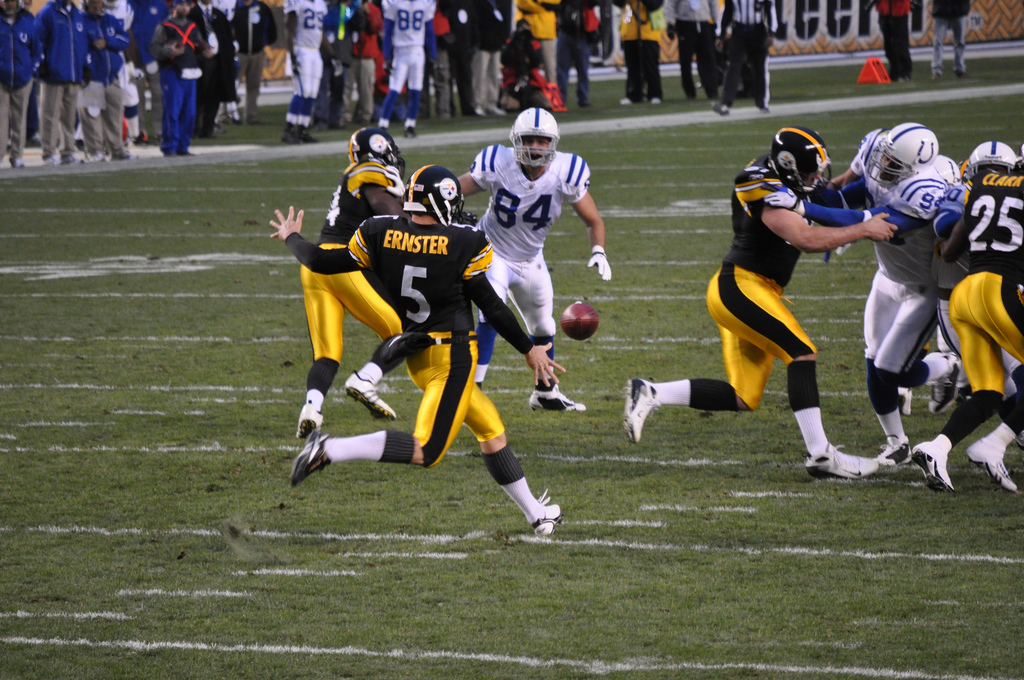 We’ve written about the offense and defense. Quarterbacks, wide receivers, linebackers. But we’ve failed to remind you of a single special teamer. It’s part of my civic duty, the Chidi Iwuoma-fandom decree. So it’s with a smile, yet a grimace, we bring you punter Paul Ernster.

Can we all admit 2008 was weird? A Super Bowl trophy makes it go down easy but if you look back at the roster, you wonder how this was a Lombardi caliber team. Darnell Stapleton and Justin Hartwig played next to each other. Gary Russell scored the first touchdown in the Super Bowl. Mitch Berger was the punter.

It wasn’t supposed to be him. It was Daniel Sepulevda’s job until another torn ACL ended his season on the first day of training camp. Enter Ernster and Berger, the worst 80s buddy-cop show you could imagine. Berger won the job out of camp but a mid-season hamstring injury forced his temporarily release. Welcome back Ernster.

It wasn’t pretty. You’ve probably blocked out his three game span. I know my brain has done its best and I thank it for the attempt.

Almost half of them were under 30 yards. The guys from Dude Perfect could’ve done a better job than that. These weren’t junior varsity punts. These were PeeWee punts.

And they’d be his last ones, never playing another snap in the regular season. Berger, now healthy, was brought back to finish out the season, collecting a Super Bowl ring.

To be fair, he did at least have a full season with the Denver Broncos in 2006, even if the numbers weren’t great. It’s still something to hang his hat on and maybe makes him a little less mad if he finds this (Shane Boyd found his, I don’t think he was happy).

Paul Ernster, your blast from the past.