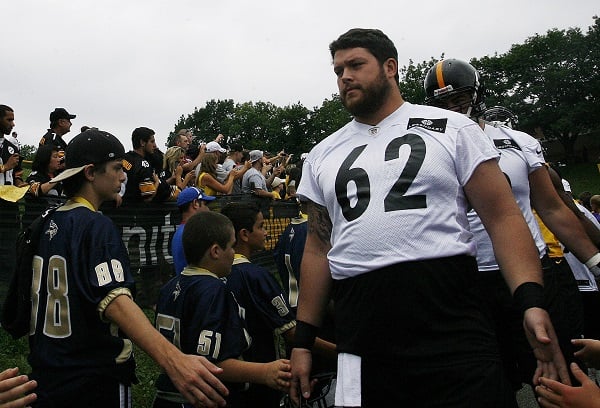 We’re back on the offensive side of the football and return to the trenches with guard John Malecki.

He is in the elite club of being the only Steelers’ offensive lineman since 2007 to be credited for one appearance, debuting – and finishing – a career in a 2012 regular season finale versus the Cleveland Browns. The stubby guard drew a fan club in small circles, for his size and home-grown background. He attended Franklin Regional High School and played his college ball at Pittsburgh.

Malecki’s post-NFL career is far more interesting. He teamed up with Baron Batch in the “Art is not dead” movement, building furniture and other home decor. It’s extremely impressive craftmanship and you love seeing a guy make the seamless transition from football.

John Malecki, your blast from the past.