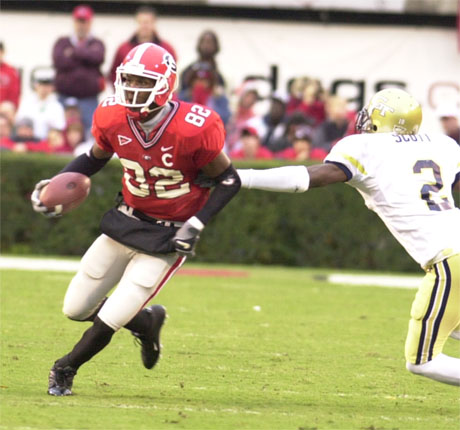 The one we’ll start with is a bit more obvious, drawing a cult following for his infamous career. Wide receiver Fred Gibson was drafted in the fourth round of the 2005 draft. A full fledged 6’4 receiver from an SEC school, he dazzled at the Combine with a 38.5 inch vertical and 10’6″ broad jump. He fell a little farther than maybe some expected but the Steelers gobbled him up with the 131st overall pick.

His career ended in sudden fashion, being one of the rare players to get drafted that high and fail to make it onto the 53 man roster out of camp. Likely feeling rejected and angry, he declined an invitation to the team’s practice squad, opting to sign with the Miami Dolphins instead. It’s now a move he says he regrets, according to a profile done by AJC.com in 2010.

After two years on their practice squad, he was brought into camp by the Atlanta Falcons but quickly spit out after a missing a special team’s meeting three days in. Twenty-four days with the St. Louis Rams and another five with the New York Giants were his final NFL stops. He toiled with the NBA’s Developmental League but that didn’t go very far, either.

To Gibson’s credit, he wised up and went back to Georgia to get his degree.

I came across a rookie card of his I bought in 2005. Definitely some nostalgia. 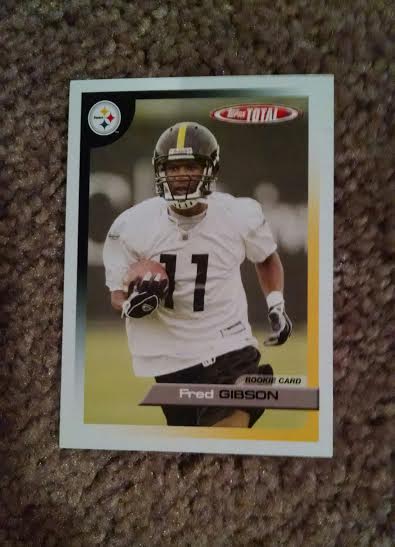 Can a football card be worth negative dollars? Because I’m pretty sure Gibson’s is.

Either way, we love to think about what could have been with Gibson and how instead, he serves as a cautionary tale that not every draft pick pans out like you hope. Fred Gibson, our first “Blast From the Past.”