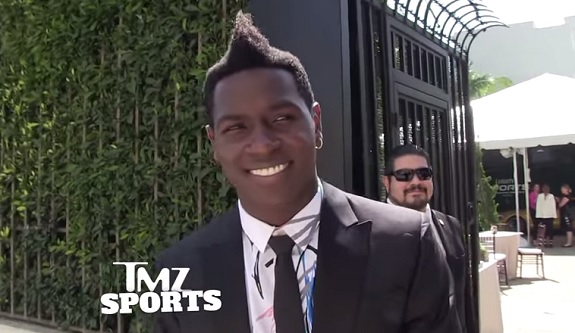 Those were questions that TMZ asked Brown on Wednesday when he arrived for the annual ESPYs.

“Usain’s pretty fast, man,” said Brown. “Depending on how long.”

After a little prodding from TMZ, Brown did come up with a distance that he believed he might could beat Bolt in.

In case you’re curious, Brown reportedly posted a 10-yard split time of 1.58 seconds at the 2010 NFL Combine and he lowered that time down to 1.50 seconds at his subsequent Pro Day.

Brown went on to say that he knew he was fast when he was six years of age and that his nickname as a child was Tony T.

As for the ESPYs, Brown was a finalist for best the NFL player award, but lost to Green Bay Packers quarterback Aaron Rodgers.