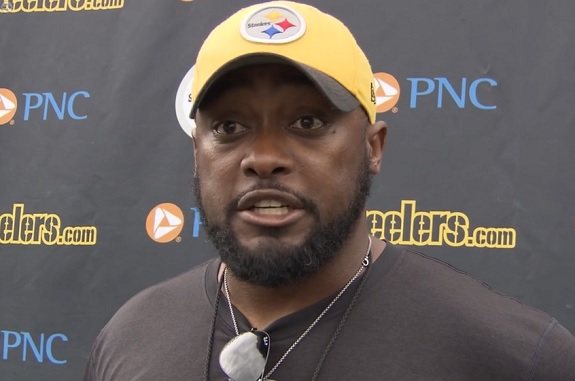 The Pittsburgh Steelers will wrap up their mandatory minicamp on Thursday and after that the team will have five weeks off before training camp gets underway in Latrobe. During that time off, head coach Mike Tomlin wants his players to concentrate on one main thing.

While several players will undoubtedly stay in Pittsburgh to work out at the team facility, others will likely choose to finish up their offseason training elsewhere. Tomlin was asked if it matters to him where they train.

“I don’t give a damn where they work out at, as long as they’re in great physical condition,” he said.

“Be in good shape because it’s going to be taxing on your body and just be prepared for it,” Miller said.

Center Maurkice Pouncey knows what he’ll be doing during his time off.

“You got to get in really good shape,” he said. “Training camp is going to be hard and hot and a lot of hitting. So get the body ready and prepared, and workout all the time.”

Veteran linebacker James Harrison had several of the young linebackers on the team training with him out in Arizona prior to the start of the OTA sessions and it will be interesting to see if that group duplicates that process over the course of the next month. Hopefully they will.