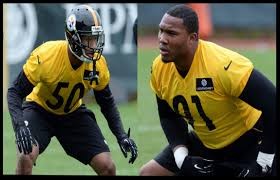 With the Pittsburgh Steelers being in a natural state of transition, there isn’t a lot about it that can be said right now with any meaningful clarity, particularly with respect to how successful it might be or how it might differ schematically from teams past.

To begin with, the unit is now being guided by a new defensive coordinator, after having made the switch from long-time staple Dick LeBeau to former linebackers coach Keith Butler. For as much as he might adopt the basic tenets of the system already in place, there will inevitably be difference that will likely reveal themselves over time.

Beyond that, the Steelers are replacing a number of starters from last season following the retirements of Ike Taylor, Troy Polamalu, and Jason Worilds, with other changes also taking place elsewhere due to performance or injury.

Finally, there are suggestions of a possibly, albeit slight, philosophical shift, or adjustment, that will also have its effect on how the defense is run. There appears to be a greater emphasis on aggressiveness and individual battles in an effort to create more opportunities for turnovers.

With all that said, then, the final product of the 2015 Steelers defense is very much a work in progress, and it’s too difficult right now to get much of a clear picture of what it will look like in September, let alone in December.

But one thing that seems safe to predict is that we should expect the unit to be able to play faster, which is something that the defense has been driving toward for a number of seasons now.

Of course, getting younger was a part of that process, and the team figures to field a defensive unit whose average age is not much greater than 26 when the regular season begins.

There is also simply the fact that the Steelers have gotten the opportunity to add a few pieces over the past few years that are legitimately rare: players who have top tier speed for their positions.

Perhaps none of those players figures to be a bigger faster in the defense this year than Ryan Shazier, whose 4.3 speed for an inside linebacker is truly exceptional. But he didn’t get many opportunities to show it after dealing with so many injuries in his rookie year.

Rookie first-round draft pick Bud Dupree also has rare speed for the outside linebacker position, in addition to other physical gifts. While he may not start, he should see a sizable chunk of playing time this year.

Beyond that, we have seen overall shifts in positional speed at all three levels, moving on from the Ziggy Hoods and Cam Thomases of the defensive line to Stephon Tuitt and a penetrator in the interior with Steve McLendon. In the secondary, we have Antwon Blake, among the fastest players on the team, emerging in a bigger role, and Mike Mitchell playing healthier.

The fact that the majority of these contributors will be entering key second or third seasons with the team, reflecting a greater level of comfort and knowledge of the defense, will also be a contributing factor in an overall improvement in team speed this year.