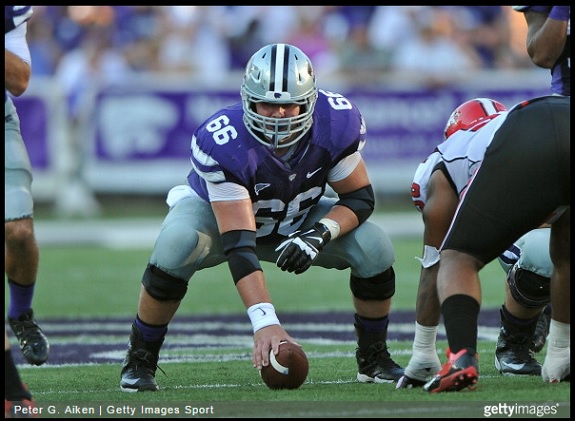 He may have been a 51 game starter at center during his collegiate career, but UDFA B.J. Finney is not locked into the position.

Stephon Tuitt posted a clip on his Instagram today and in it, we get a glimpse at presumably the third-team offensive line grouping. Finney is working at right guard with Reese Dismukes at center. 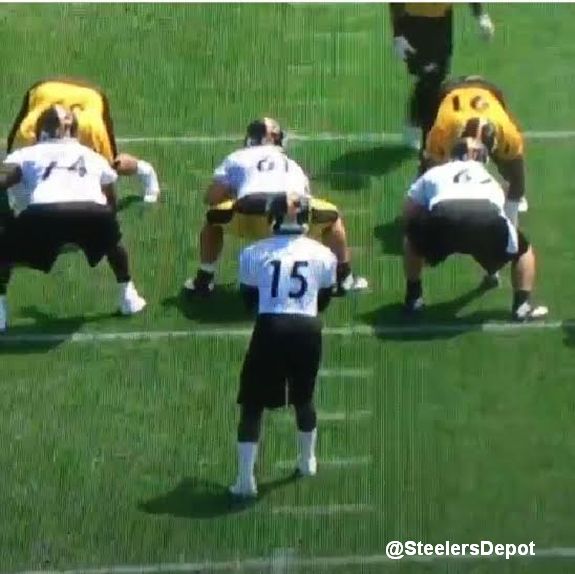 If you’re curious, that’s Chris Hubbard at left guard and as the clip rolls through, we can see Mitchell Van Dyk at right tackle. I wasn’t able to see who played at left tackle. And yes, that’s Devin Gardner at quarterback, who took off running on the play.

Remember Finney began his career, albeit briefly, at right guard at Kansas State. His first career start in 2011 came there before moving to center the following week.

Though he’s a less than ideal candidate, the rookie even has some tackle experience. He’s played right tackle on at least two occasions in college, including the entire second half of the Wildcats’ bowl game against UCLA. Don’t expect him to ever be the immediate backup to Marcus Gilbert but it’s another hat he’s capable of wearing.

In the eyes of many, myself included, he is the favorite of the UDFA offensive lineman to make the roster.