Real quick breakdown I’d like to go over today. Noticed it combing through some tape the other day. We’ve had extensive discussions on how Pittsburgh Steelers’ wide receiver Markus Wheaton can improve his YAC and we’ll look at it again today.

We can learn a lot by watching the great ones. That’s what you hear every rookie say. That includes teammates and today’s example shows one of the differences between Antonio Brown and Wheaton, illustrating another area the third-year receiver can grow in 2015.

Let’s start in the first week of the year. On 3rd and 6, Brown, aligned in the slot, runs a dig to the sticks underneath Heath Miller, who stems vertically. 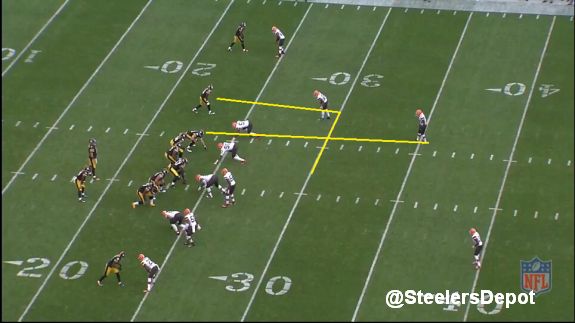 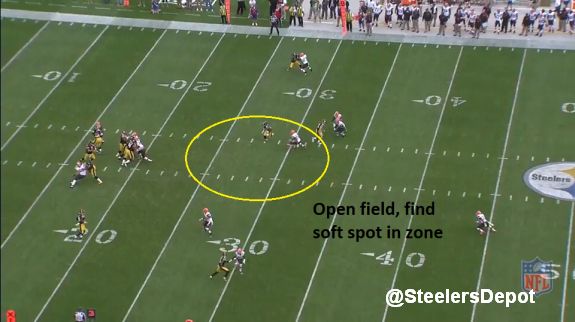 In the process, he drifts upfield. Not out of poor route running but savviness, eliminating the angle the linebacker potentially has to tackle the catch. 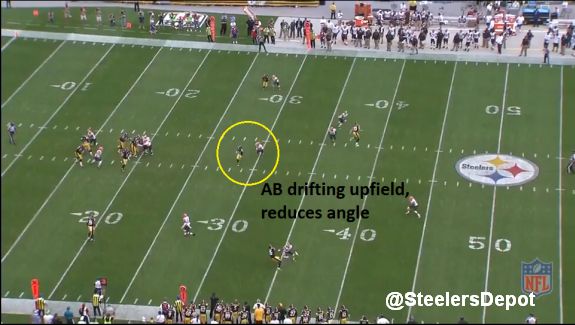 He makes the catch in stride with a couple steps of separation. It winds up being a 16 yard gain. 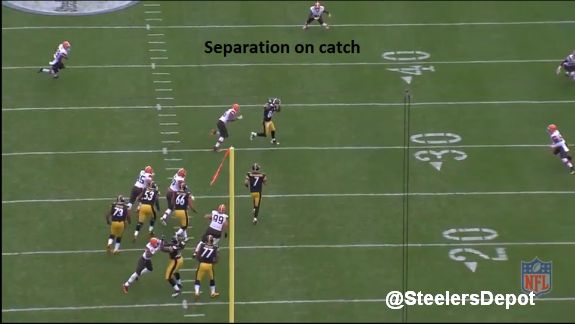 Fast forward two weeks later against the Carolina Panthers. Wheaton is motioned to the slot and it appears to be a similar concept. Release the tight end vertically with the receiver running underneath. 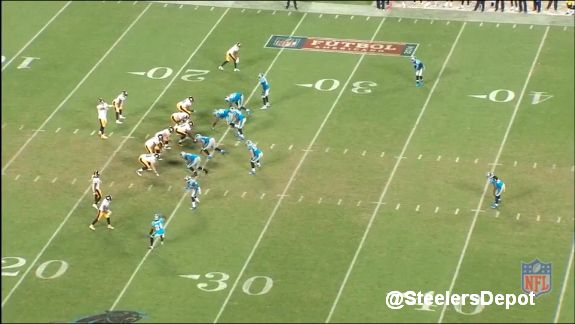 Wheaton is definitely in man coverage. He breaks down at the top of his route on a curl, gaining little separation from the corner. 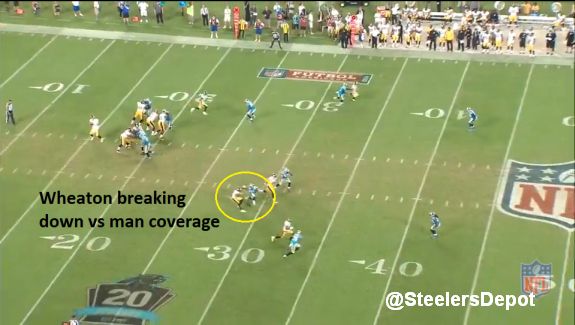 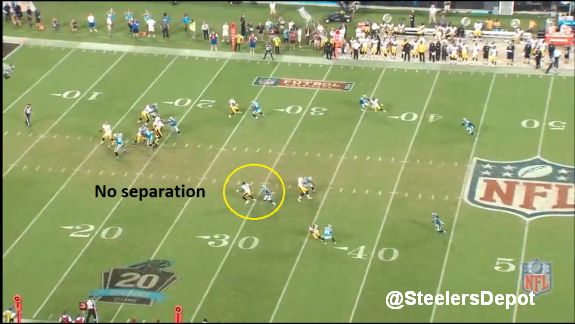 Roethlisberger hesitates to make the throw but fires it anyway, throwing high only where the receiver can catch it. Wheaton does, barely, but gets no YAC and is wrapped up immediately. It’s a five yard gain and Pittsburgh is forced to punt. 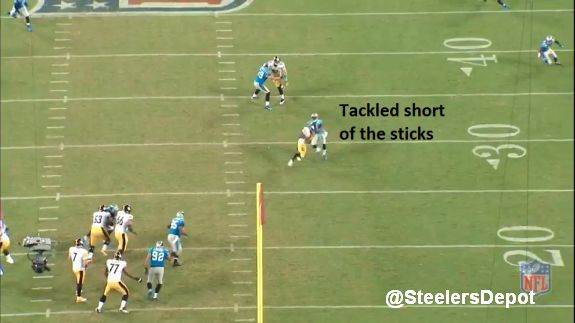 What I would’ve liked to see Wheaton have done is run the dig towards the open middle of the field, putting the defensive back in trail position. He’s able to create space for himself with the tight end clearing out the MIKE linebacker down the seam. The defensive back doesn’t have a clean angle to attack the throw and Wheaton makes the catch on the move instead of not being in motion. We always would rather hit a moving target than a stationary one. 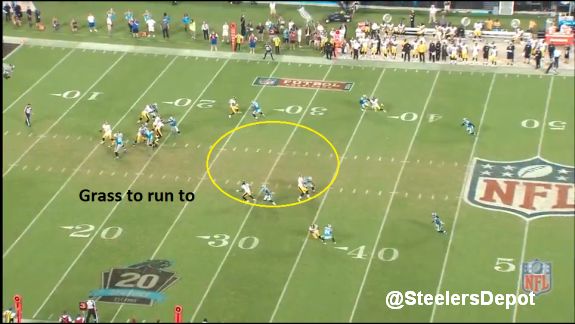 As Wheaton explained it during spring sessions, his slot concepts last year “were customized…they made it out so I had simple stuff.” Forcing him to make more reads, open up the route tree for him, is only going to make him a more effective and productive receiver in 2015.