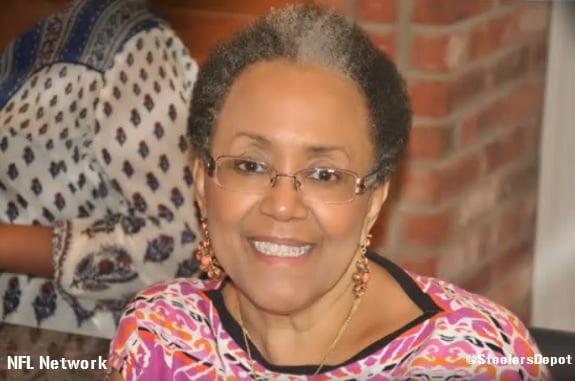 “Thoughts and prayers to my friend and Pittsburgh Steeler Joe Greene who’s wife just passed,” Campbell wrote on his official Facebook page. “The world is going miss such a great woman. She always said hello to me at the hall of fame and was always so generous. You and your family are in my prayers Joe.”

Thoughts and prayers to my friend and Pittsburgh SteelerJoe Greene who's wife just passed. The world is going miss such…

Agnes reportedly passed away on June 20 at the age of 67 and her funeral will take place on June 26. Arrangements will be under the direction of Rolling Oaks Funeral Home in Coppell, TX.

Greene, who had his No. 75 jersey retired last season by the Steelers, reportedly married Agnes in 1968. The couple had three children together.

Greene played his entire NFL career for the Steelers (1969-1981) after being drafted by them in the first round of the 1969 NFL Draft out of North Texas. From 2004-2013 he was a special assistant for player personnel for the Steelers.

Our thoughts and prayers go out to the entire Greene family.