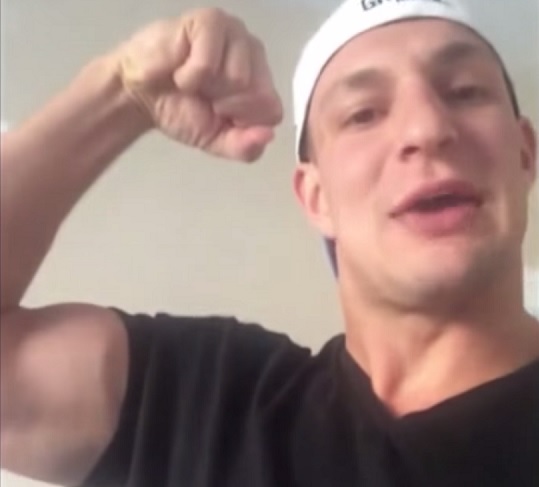 New England Patriots tight end Rob Gronkowski weighed in Wednesday with his feelings about Deflate-gate after the media apparently stormed him with questions at a charity event after the Wells Report was released.

After first talking about how bad the media is for not paying attention to the good that he and his fellow Patriot teammates do, Gronkowski went into full-blown wrestler-mode.

Gronkowski proceeded to flex his biceps on camera and delivered this nice little rant.

“These sure aren’t deflating, these are only inflating. So get ready because I’m going to be ready. And there’s only one thing you can deflate … DEEZ NUTS!”

I’m guessing he will need to get permission from Patriots quarterback Tom Brady before any nut deflation takes place. I’m also assuming that’s a job for the Patriots ball boy as well.

If I’m Gronkowski, I’d probably start thinking about seeing if Patriots backup quarterback Jimmy Garoppolo is just as ready as he is.