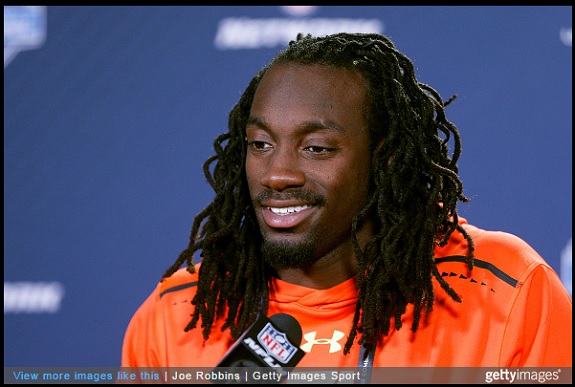 After having perfect attendance for the first two days of their OTA practices, the Pittsburgh Steelers were missing at least one of their players on Thursday as rookie wide receiver Sammie Coates was excused so that he could take part in the 21st NFLPA Rookie Premiere this weekend in Los Angeles.

Coates, who was drafted by the Steelers in the third-round of the 2015 NFL Draft out of Auburn, is one of 41 players selected by the league to take part in the four-day event, that got underway Thursday.

According to the recent news release, the annual event is hosted by the NFLPA, via its marketing and licensing arm, NFL Players Inc. As part of the festivities, the rookies will get the opportunity to wear their official Nike team uniforms for the first time together during photo shoots with trading card companies Topps and Panini America at the Los Angeles Memorial Coliseum.

“NFLPA Rookie Premiere is the best opportunity for our partners to engage early on with the next wave of the NFL’s marketing stars,” said Ahmad Nassar, President, NFL Players Inc. “Beyond providing a platform to learn about the business of football and benefits of their union as they game plan for their new careers, Rookie Premiere gives players a chance to showcase their personalities so that the NFLPA team can use that insight to connect the right players with the right brands to tell their story.”

Now, while I certainly understand why this event is held, I do have a problem with the timing of it. It’s unfortunate that rookies are forced to miss an OTA practice in order to a participate in what is essentially a marketing campaign. Sure, in the case of Coates it’s only one missed OTA practice, but being as teams are only allowed 10 of them prior to start of their minicamps, that one practice that is missed is one too many, in my honest opinion.

Wouldn’t it make more sense to hold this annual event the week after the rookie minicamps take place?