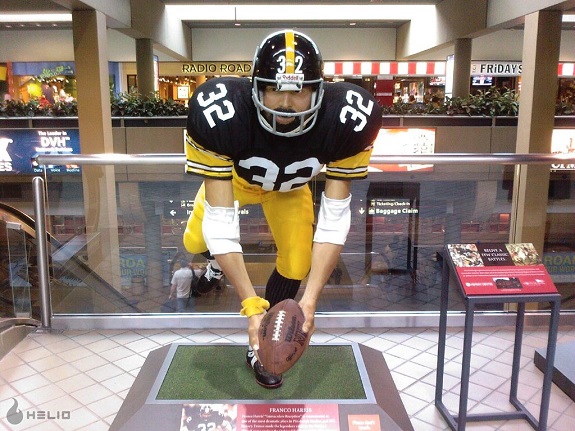 To say that former Kansas State center B.J. Finney is happy to member of the Pittsburgh Steelers is probably a bit of an understatement.

Finney, if you remember, was very emotional when he told his friends and family that he signed with the Steelers as an undrafted free agent shortly after the final selections were made as the Black and Gold have long been his family’s favorite team.

After his first rookie minicamp practice that took place on Friday, Finney told the media that the first thing he did after landing at the airport in Pittsburgh was to take a picture with Franco Harris statue that you see on your way to the concourse, according to Chris Bradford of the Beaver County Times.

B.J. Finney says first thing he did after landing in Pittsburgh. Taking picture with Franco Harris statue at airport. #steelers

Finney, who was a Rimington Trophy Finalist this past season, started a team record 52-straight games at Kansas State, where he was named a team captain three times. He is looking to at worst earn a spot on the Steelers practice squad this season.