Football is a mental game. It’s a phrase you’ve undoubtedly heard a hundred times during a broadcast. But the cliché is true. No one wins anymore solely because they’re bigger and faster. If you can’t figure out where the play is going, you don’t stand a chance, no matter how good your 40 time. The game is too complex, filled with too much nuance. And so the mental game is addressed, with new CBA rules, arguably more than the physical aspect during the week of preparation.

On the whole, teams realize the fact they’ll be scouted heavily and in reaction, attempt to hide their tendencies. You can’t have them obvious.

A brief example at, as we’ve been highlighting, the college game. TCU beat up on Oklahoma 42-9 in this season’s bowl game, holding the Sooners – who had a back break the single game rushing record earlier in the year – to nine yards on the ground.

Some point later, this is what TCU’s head coach Gary Patterson remarked about shutting down their offense. 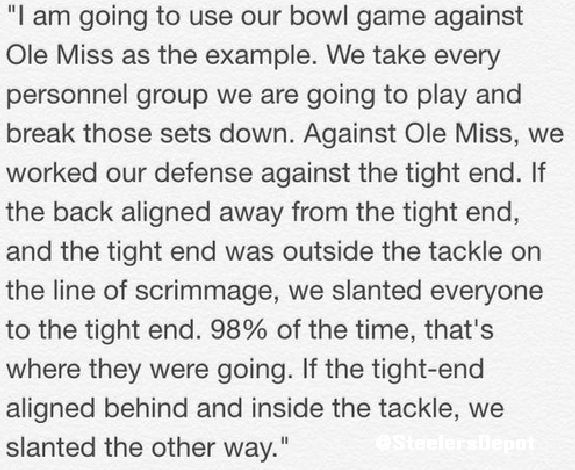 With that kind of high tendency, 98% of the time, your offense becomes predictable and substantially easier to gameplan against. Knowing where the ball is going is three-quarters of the battle. The rest is just execution.

It’s even heightened on the professional level. Players can devote their entire time to studying their opponent. So when you make it easy on them, they make you pay. That’s exactly what we’re looking at when breaking down William Gay’s pick six against the Tennessee Titans.

Then rookie quarterback Zach Mettenberger’s third career start came against the Pittsburgh Steelers. This is how offensive coordinator Jason Michael and head coach Ken Whisenhunt scripted each of the Titans’ first throws in those three games.

Against the Houston Texans, they open up in 11 personnel, motioning Kendall Wright in order to isolate Justin Hunter, to the top of the screen in a reduced split. 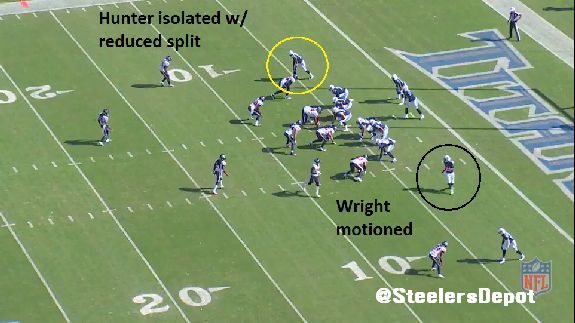 Mettenberger throws the out to Hunter. Cornerback opens the gate and it’s an easy completion. 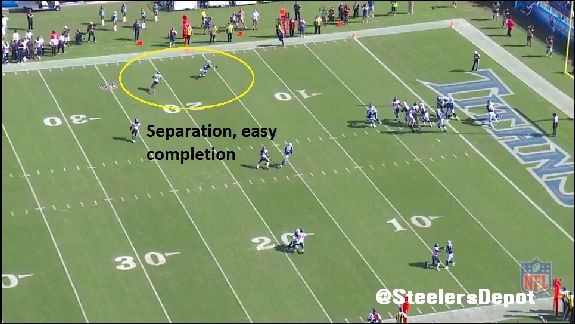 Next week against the Baltimore Ravens. This did come on the team’s second possession but a similar concept with only a couple slight differences. 12 personnel with the “X,” in this case Wright, isolated. Run the corner off with speed, get him to open up, complete the out. 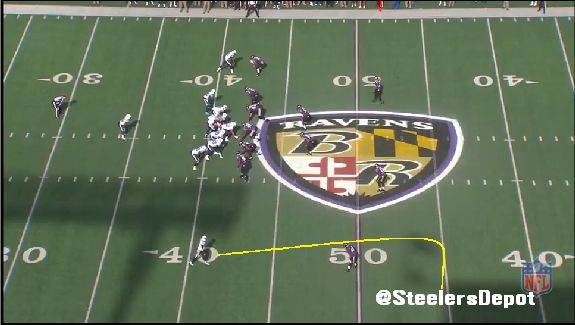 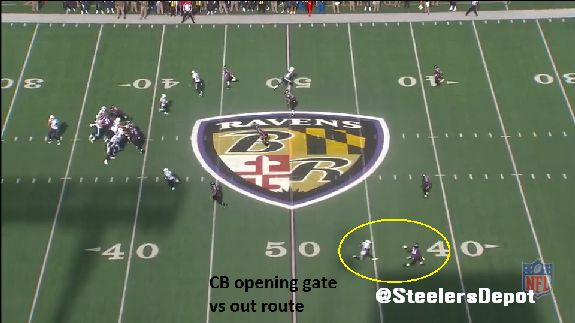 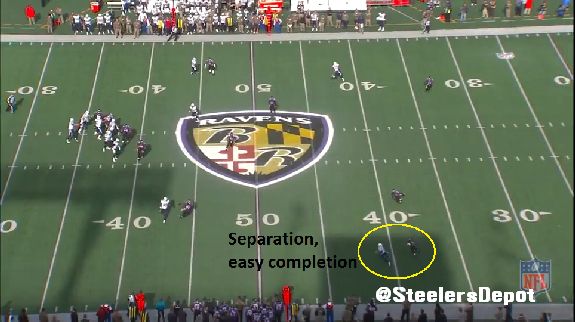 The Titans actually showed the similar formation on their first drive and threw it to Hunter, just on a dig instead of an out. Briefly, I’ll just show the alignment from that play. Same idea. 11 grouping, isolate, reduce split, intermediate route. 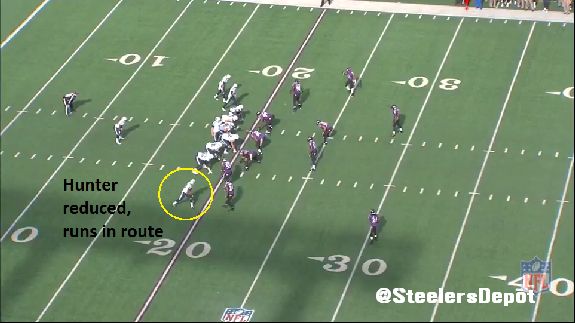 Which brings us to the primetime game against the Steelers. First snap. Titans in 12 personnel, showing similar motion to isolate Hunter, who has a reduced split. 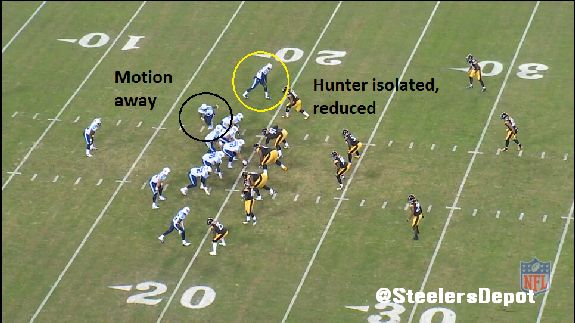 You can put money on that registering with Gay, realizing the route Hunter is going to run. If you need further proof, Gay plays with different technique than the other cornerback’s we’ve seen. He doesn’t open the gate like the others, staying in his pedal and reading the route of the receiver. 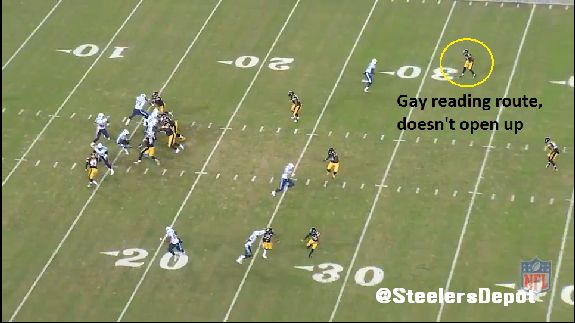 Makes a great break as Hunter chops at the top of his route and capitalizes on a poorly thrown ball by the QB. Rest is easy. Catch the ball and house it. 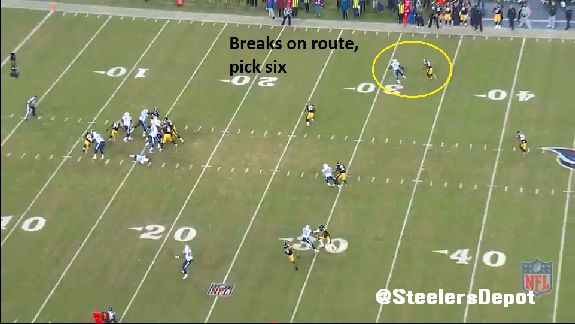 Gay’s tenure and high football IQ is of course a factor here. I remember breaking down his interception against the Atlanta Falcons that stemmed from film study, watching them run a similar concept earlier in the year.

But in this case, with an obvious, repeated pattern? The Titans made it easy. A lot of defensive backs can identify and make this play.

Still, it’s nice to see a player remember his study in the heat of the moment and go out and create a splash play. Tennessee did get Gay for a double-move later in the half, but they should have started the game with it. It’s poor coaching. Reacting to an event instead of being proactive and avoiding putting your QB in a predictable spot. They learned not to touch the stove but still are left with a burn.

When we talk about offenses being predictable, this is what we refer to. And the consequences of what an NFL defense will do to you is evident.