We recently covered the underrated value of a strong kick coverage unit, specifically highlighting what Pittsburgh Steelers wide receiver Darrius Heyward-Bey brought to the team in that regard.

Today, we’re going to flip the units and stress the importance of a competent blocking return unit. And what happens when that group fails.

Dri Archer faced significant criticism, from myself as well, during his rookie year. But one of the several caveats to his year was the lack of effective blocking to even give him a chance to succeed.

This is no more evident than on two kick returns in back-to-back weeks.

We’ll start with the Week Six loss to the Cleveland Browns. An obvious attempt to return to the right. 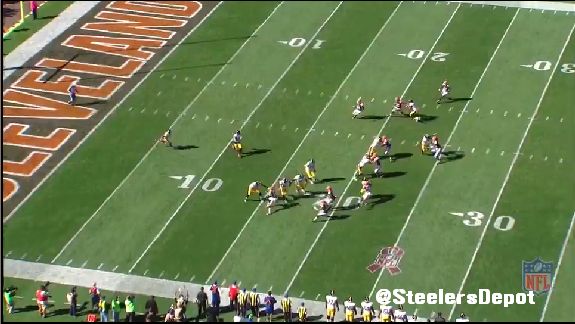 Nothing magical here. Simply a lack of execution from Matt Spaeth, who quickly falls off the block of the swifter Marlon Moore. The defender reaches Archer at the 15. 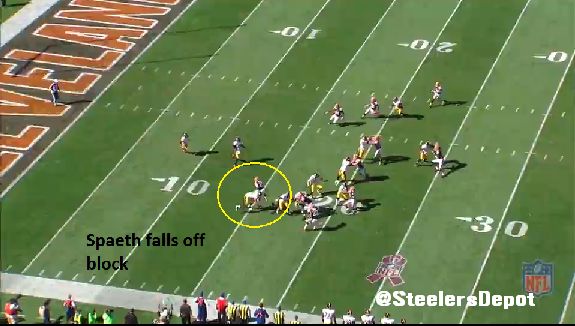 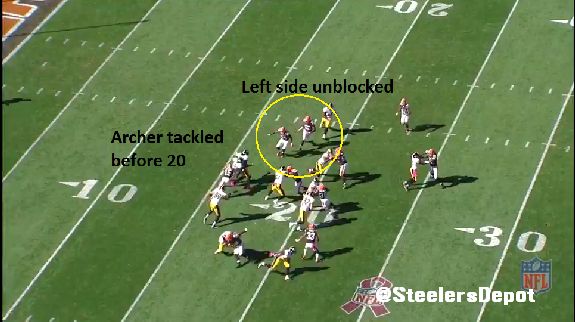 With the left side unblocked on this right-handed return, there’s nowhere for the rookie to go. Play failed from the get-go and is unequivocally not Archer’s fault.

The next example comes the following week versus the Houston Texans. Middle return, slightly bending to the left, using the wedge of Cody Wallace and Will Johnson as our guide. 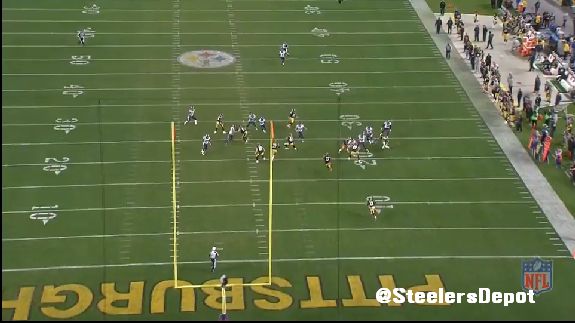 The wider angles always make it harder to show but from the aerial view, Akeem Dent is left unblocked. We get a double-team instead of the adjacent defender and as a result, a free rusher downfield looking to hunt. 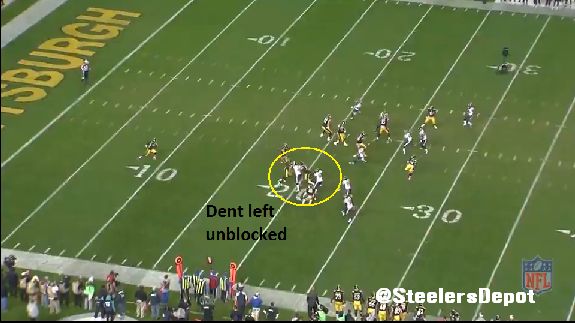 To use a defensive term, Dent essentially scrapes over the double-team and fills the lane.

With the left contain – from Archer’s view – squeezing him, there again is no lane for Archer to adjust to. And again, this is all happening even before he can reach the 20. 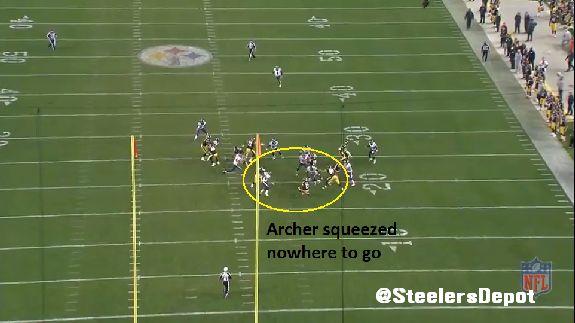 When viewing the scope of his rookie year, these types of plays must be taken into consideration. Given the tiny sample size of nine kick returns, two ugly ones due to poor blocking upfront can greatly skew his average.

Granted, Archer made his fair share of mistakes on the return unit. Running too much laterally, not catching the ball with his weight ready to move forward, all things I highlighted in my game breakdowns throughout the season. As you’ll see on nearly any big play return, the blockers have to create the initial crease for the returner to find. Work through that first wave and you give your return man an opportunity.

But he is going to get another opportunity and frankly, deserves one. With some better, more consistent blocking, we’ll have a much clearer view of how impactful a return man Archer can become.