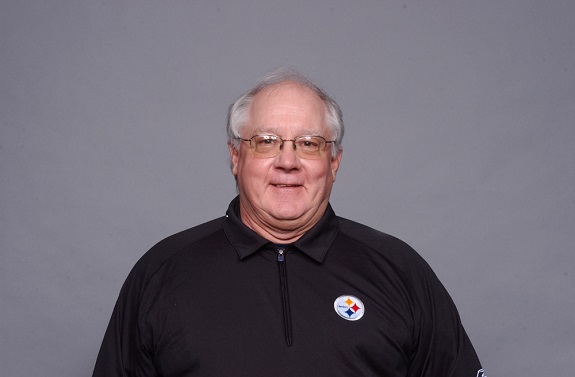 The Pittsburgh Steelers suffered a significant departure recently after Ron Hughes, the team’s college scouting coordinator and draft consultant for the past 15 years, retired following his 34th NFL draft.

But perhaps his more enduring legacy will be the role that he played in the professional life of the Steelers’ general manager, Kevin Colbert, and on the team’s drafting philosophy that has developed under his guidance.

The relationship between Colbert and Hughes began not too far from where they wound up sharing the past 15 years, in the Western Pennsylvania Interscholastic Athletic League. Hughes was the coach at North Catholic, and Colbert was, as Bob Labriola wrote in his column about his Hughes’ retirement, “a below-the-line outside linebacker/punter” under him.

Hughes got involved in the NFL scouting organization known as BLESTO, and after his coaching days earned a scouting position for the region, where he reported to Tim Rooney, of the Rooney family, who was a scout for the Steelers.

After some time, Rooney became the head of the scouting department for the Detroit Lions, and soon after brought Hughes with him. As Colbert tells it, “Tim had taken the Steelers system to Detroit, and then when Ron eventually took over there some years later, he used the same system we still use today”.

Hughes, of course, eventually took over the department himself and hired Colbert. After Colbert was hired by the Steelers in 2000 and Hughes was let go by Detroit, Colbert was able to bring his mentor along as a consultant before being promoted to the rote of college scouting coordinator, which he served from 2003 to his retirement.

When Colbert came to Pittsburgh, he imported the philosophy that Hughes instilled in him in Detroit, which was an enhancement upon what Tim Rooney brought to the Lions in the first place, bringing it back full circle to the Steelers, and back into the Rooney family.

“The thing about Ron was the consistency of his draft philosophy, and it has been passed on”, Colbert said. “His philosophy is one that’s very systematic, very consistent, very comprehensive”.

One of the greatest lessons that the Steelers’ general manager inherited from Hughes was a phrase, “follow the development”, meaning the development of the draft. It was a philosophy of composure, eschewing the notion of need in order to avoid reaching for talent that did not merit the high draft selection.

“That whole emphasis of staying away from the word ‘need’ comes from him”, according to Colbert. “That was something that he constantly hammered home with us”. Hughes strength was “organization”, and “a willingness to stick with your system and your beliefs—what has worked for you. That was something he emphasized every day”.

While Colbert may get the majority of the credit or blame for the Steelers’ successes and failures in the draft, Hughes, as the college scouting coordinator, left a huge mark on two Super Bowl championship teams, and helped define the philosophy that led to filling those roster with championship-caliber talent.