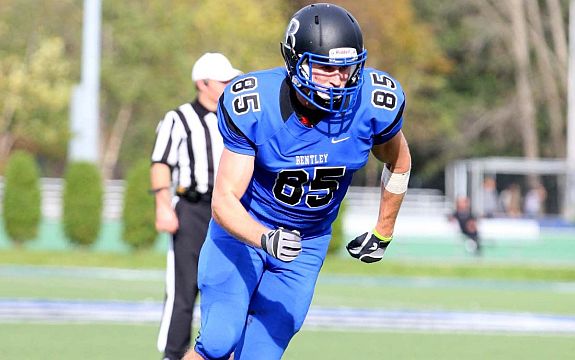 The Pittsburgh Steelers have already announced that several undrafted players will be allowed to tryout this coming weekend at their annual rookie minicamp and it looks like another name can now be added to that list.

According to Bentley University, undrafted wide receiver Jeff Hill will tryout this coming weekend with the Steelers after not being selected in the 2015 NFL Draft.

Last season, Hill, a three-time first-team All-Northeast-10 selection, led his school’s conference in receiving yards (1,113), yards per game (101.2) and touchdown catches (12). He ended his senior season with 68 receptions and had five 100-yard receiving games in the 11 that he played.