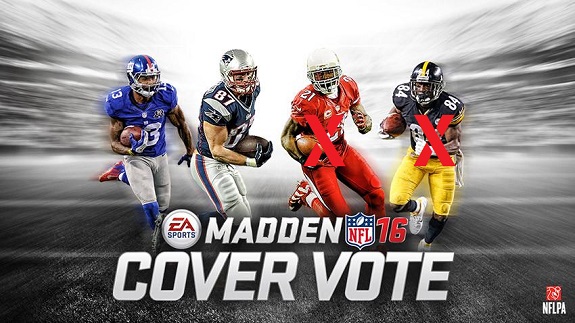 Fans of the Pittsburgh Steelers no longer have to worry about wide receiver Antonio Brown becoming a victim of the “Madden Curse” in 2015.

According to a Tuesday announcement made by EA Sports, Brown is no longer in the running to be on the cover of Madden 16 after initially being named one of four semifinalists last week.

Brown was attempting to become only the second Steelers player to grace the cover of the popular football video game. Recently retired Steelers safety Troy Polamalu was on the cover of Madden 10 along with Cardinals wide receiver Larry Fitzgerald.

While Brown didn’t win the right to be on the cover of Madden this year, there’s still little doubt that he’s arguably the best wide receiver currently in the game. The Steelers former sixth-round draft pick out of Central Michigan has recorded a league-high of 239 receptions for 3,141 yards over the course of the last two seasons.