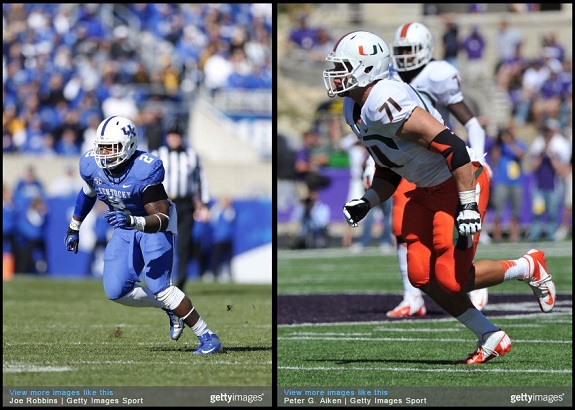 The Pittsburgh Steelers 2015 rookie camp gets underway today but it appears as though at least two of the team’s eight draft picks will miss some of it.

According to Ed Bouchette of the Pittsburgh Post-Gazette, first-round draft pick, outside linebacker Bud Dupree will attend his graduation ceremony at Kentucky on Saturday and fly to Pittsburgh that night to be with the fellow rookies for the Sunday session.

#Steelers No. 1 draft pick Bud Dupree not attending minicamp so he can attend something else — graduation ceremonies at the U. of Ky.

Dupree doesn’t look like he’ll be the only draft pick that will miss rookie minicamp time as outside linebacker Anthony Chickillo, the Steelers second of two sixth-round selections, posted on Twitter this morning that his graduation is taking place Friday. Hopefully he’ll be able to attend the Saturday and Sunday sessions.

Graduation day, it's been a crazy ride

The Steelers are currently in Phase Two of their offseason program and they are scheduled to begin their OTAs on Tuesday, May 27 – the day after Memorial Day.