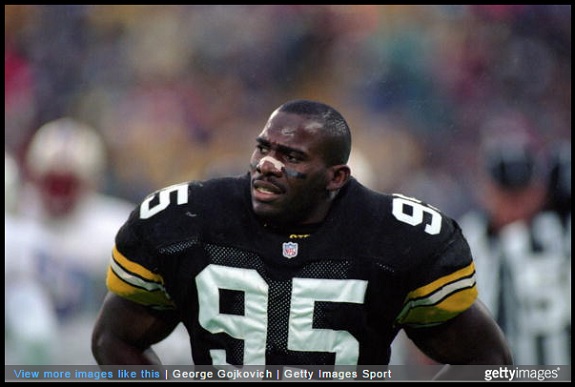 Do you want to feel old on this Tuesday? If so, knowing that former Pittsburgh Steelers linebacker Greg Lloyd turns 50 today should do the trick.

Lloyd, who was named to five Pro Bowls and three All-Pro teams during his 11 seasons in the league, was originally drafted by the Steelers in the sixth-round of the 1987 NFL Draft out of Fort Valley State. He was also named the AFC Defensive Player of the Year in 1994 after registering a career-high 10 sacks that season.

Lloyd probably could’ve played another three or four seasons had he not tore the patella tendon in his left knee during the 1996 regular-season opener against the Jacksonville Jaguars. Sadly, I must admit that I was in the stands for that game and I haven’t been to a regular-season Steelers game since then.

Lloyd retired from the NFL after the 1998 season and ended with 54.5 sacks.