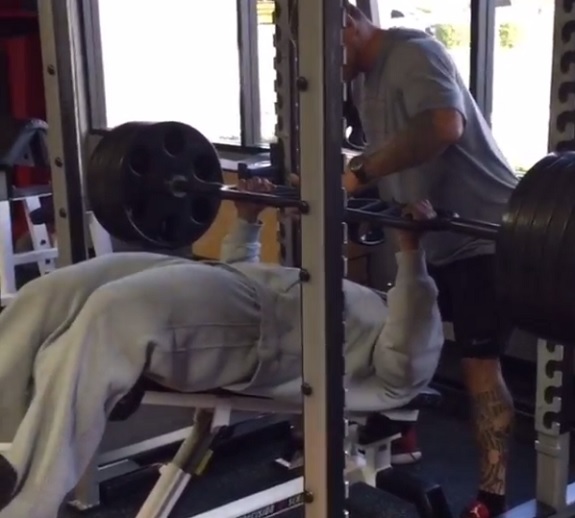 Phase One of the Pittsburgh Steelers offseason program is in now in full swing and being as activities are currently limited to strength and conditioning and physical rehabilitation only, I imagine linebacker James Harrison is like a fish in water, if he is indeed back in Pittsburgh.

Tuesday morning, Harrison posted a video on his social media accounts of him apparently attempting to bench press 500 pounds. While Deebo appears to fail in his attempt, I will give him a passing grade for his effort, as I’m sure he needs that from me.

If you never hit the wall then you have never pushed yourself hard enough!! 500 @olineperformance almost

Harrison tagged his video with @olineperformance and being as that is located in Scottsdale, Arizona, I suppose there’s a chance he stayed out west to continue his training, as his attendance in Pittsburgh is not mandatory at this point of the offseason. Maybe one the Steelers beat writers will read this and confirm whether or not he’s back in Pittsburgh, but much like wide receiver Antonio Brown right now, it’s not a big deal if he isn’t.

Harrison and several other of the Steelers linebackers have been training together in Arizona over the course of the last few weeks.