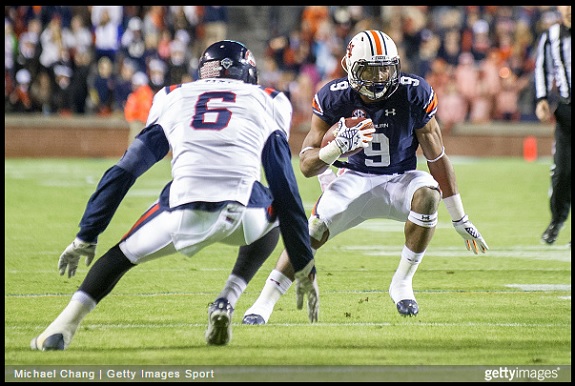 As small school sleepers go, the Pittsburgh Steelers tend to shy away from them unless they’re a late-round flier. Samford University isn’t exactly a football factory, but even the Steelers went to their well in the 7th round of the 2013 NFL Draft. Nick Williams was a talented but raw prospect coming out, moving his 6-foot-4, 310-pound frame to the tune of a 4.84 in the 40 at the 2013 combine.

They eventually lost him when the Kansas City Chiefs signed him off their practice squad, but it’s clear they saw the potential he had, despite his small-school stature and the fact he only played one year in high school.

“This guy wants to come somewhere where he will have the opportunity to play down the road,” Steelers defensive line coach John Mitchell said. “He knows that he only played one year of high school football and Samford is a small university where he started two years. He’s excited about having the chance to play pro football in an organization like the Pittsburgh Steelers.”

Now in the 2015 draft, there’s another Samford product who should have the attention of the team. And he shares a similar story to Williams, only playing one year of high school ball. Jaquiski Tartt, Samford’s 6-foot-1, 221-pound enforcer of a safety who never hesitates to come up and lay the wood to someone, should clearly be on the Steelers’ radar. Think a speedy but physical Bernard Pollard-type.

He redshirted as a freshman in 2011, before bursting onto the scene in 2012, where he started all 12 games and was named an All-American as well as a finalist for the Buck Buchanan Award, given to the top defender at the FCS level. He would be named All-American again, in 2013 and 2014, and received an invite to the Senior Bowl, where he showed he belonged with the big boys.

He displayed tremendous vision, and also the ability to take good angles when making the tackle. And as stated before, he’s not afraid to come up and meet a ball carrier in the hole. In fact, if anything, he’s a bit over-aggressive at times, a fact that will get him in trouble with the league office. Just ask former Steelers safety, Ryan Clark or even James Harrison.

At his size, he ran a respectable 4.53 at the combine, but at his pro day, bested that by posting a 4.47 in the 40. Despite his physical traits, he still is very much a raw product who could use a year learning from the sidelines and using his tenacity to hunt down return men on special teams. Speed clearly is important to the team, and couple that with question marks at both safety spots and it’s easy to connect the dots as why Tartt should be on their draft board. Stalwart Troy Polamalu likely has played his last down, leaving the team with unproven and injury-prone Shamarko Thomas and underwhelming Mike Mitchell.

After Landon Collins, the drop-off in talent at the position is clear, and Tartt will likely find himself in the mid-round mix. Depending on which way the team goes in the early rounds, Tartt could very well find himself in the black and gold, much like former Bulldog Williams did. His best play could very well lie in front of him, and his physicality would mesh well in Pittsburgh, conjuring up memories of Clark with his vicious-knock out hits. If so, he better have his checkbook ready.