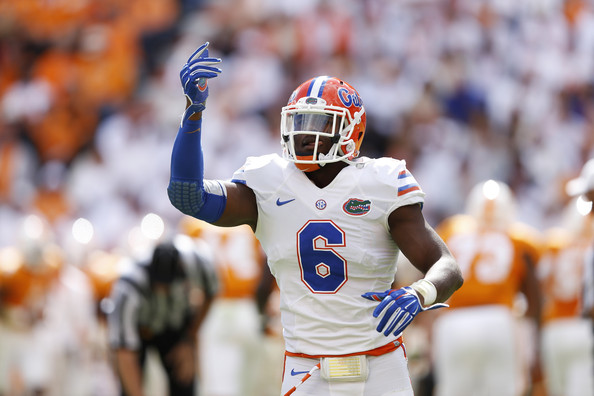 The University of Florida is holding their annual Pro Day on Tuesday and as expected, Pittsburgh Steelers head coach Mike Tomlin and general manager Kevin Colbert are both present for it, according to Edgar Thompson of the Orlando Sentinel.

Steelers outside linebackers coach Joey Porter is also in attendance at Gainesville and he, Tomlin and Colbert are more than likely getting another first-hand look at outside linebacker Dante Fowler Jr., who is expected to be a top 15 selection in the 2015 NFL Draft. Fowler is reportedly only going to go through drills Tuesday.

In addition to checking out Fowler, Tomlin is also likely present to see tackle D.J. Humphries and running back Matt Jones both work out. As previously reported, Jones has a meeting scheduled with the Steelers and that very well could’ve taken place on Monday evening.

Humphries is regarded as a second or third round prospect while Jones is expected to be selected in the fifth or sixth round.