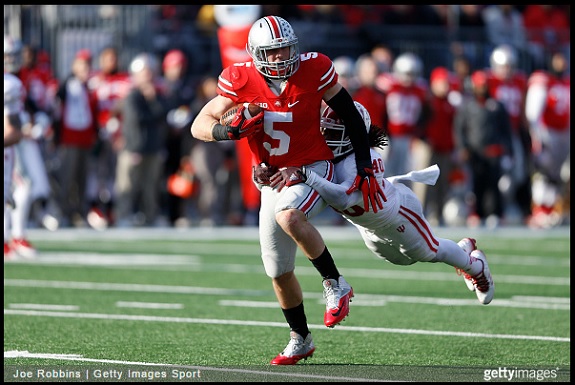 The Pittsburgh Steelers have already brought three tight ends in for pre-draft visits and it sounds like another one might be in town on Monday.

While it’s far from being considered official, Ohio State tight end Jeff Heuerman reportedly told fans Saturday during an autograph signing at Northtowne Mall in Defiance, Ohio, that he will be in Pittsburgh Monday for a visit, according to Twitter follower Aaron Gilbert.

Steelers head coach Mike Tomlin and general manager Kevin Colbert both attended Ohio State’s March Pro Day, so it makes sense that the 6-5, 254-pound Heuerman might be brought in for a visit.

Heuerman is regarded as an above average in-line blocker with good short-area quickness. With Heath Miller and Matt Spaeth both getting up in age, Heuerman would be a fit in Pittsburgh as he does have a nice upside.

We will see if indeed Heuerman is in Pittsburgh on Monday and will pass along an update if he is spotted.