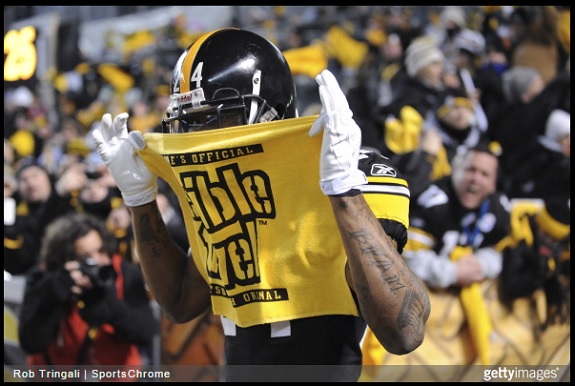 For about a decade, Ike Taylor stood as a shining example of why the Pittsburgh Steelers were wise to shy away from the cornerback position in the first round. He was a testament to the fact that you could get a championship-caliber player in the mid-rounds or later who was just a bit rough around the edges if you put the work into it.

Despite his infamously slippery hands, Taylor was immensely physically talented, with exceptional, elite speed and height for the cornerback position. It was his sheer speed that allowed him to get on the field as early on in his career as he did, and it also helped prolong his career into a 12th season.

We saw what happened, however, as he speed declined. It wasn’t simply that he was getting run past more often from time to time. It changed the way that he played, because he wasn’t used to not being able to recover on a play with speed. It caused hesitation at times when previously there was none.

I think Taylor saw that, and that he knew it was time, that he could not play and be the team’s number one, shutdown cornerback any longer. Even though nobody outworks Taylor, there comes a point in time where the physical limitations that age presents sets the bar on how you are able to perform lower than you or your team is willing to accept.

But for the bulk of that time, between 2005 and 2013, Taylor was quite a luxury for the Steelers, who allowed Dick LeBeau to call defenses based purely on his ability to take away a team’s top receiver on a weekly basis.

And he did just that perhaps more than many might realize. There was certainly a stretch of time in his career in which he was absolutely deserving of Pro Bowl consideration, and would have been, had he offered more attractive interception statistics.

While he may not have always come down with the turnover, however, he more often than not made sure that the quarterback wouldn’t hit his target. From 2005 to 2013, Taylor had 131 pass deflections, in addition to 13 interceptions.

Taylor had that intangible quality that he would call “swag” that is necessary to perform at the cornerback position at an elite level. Essentially, it is the belief that on every play, you are better than the receiver that you’re covering, no matter what just happened on the previous snap. The memory of a goldfish.

That is not to say that he was cocky, by any means, but rather confident. He was also as team-first and organization-first a player that there was in the league, as evidenced in his team bond with former Steelers president Dan Rooney.

Much like James Harrison now late in his career, Taylor found himself enjoying being in the company of the young defensive backs and being able to teach and to mentor them about life both on and off the field. While his immediate plans may have him in broadcasting, I would imagine that we will still be seeing him hanging out with the team a fair bit. Perhaps one day he will be back as a coaching intern.