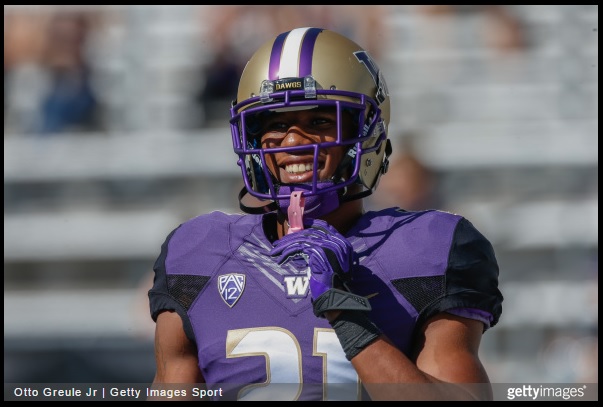 The 2015 NFL Draft will get underway Thursday night in Chicago and ahead of it, we are starting to see what looks like the final mock drafts of several of the major media draftniks.

Over the coarse of the last few days, NFL Media draft analysts Bucky Brooks, Brian Baldinger and Lance Zierlein all released their latest predictions for the first-round and all three have the Pittsburgh Steelers selecting Washington cornerback Marcus Peters with the 22nd overall pick in the first-round.

Brooks says of his Steelers selection:

Ike Taylor’s retirement and Cortez Allen’s shaky play could prompt Mike Tomlin to go after the most talented cornerback in the draft, despite concerns about his prickly personality.

Baldinger says of his Steelers selection:

The Steelers desperately need to add young talent to a secondary that lost Troy Polamalu and Ike Taylor to retirement.

Zierlein says of his Steelers selection:

Many around the league believe Pittsburgh will grab a receiver as insurance against Antonio Brown’s contract demands, but we’ll stick with a pressing need.

The Steelers brought Peters in for a pre-draft visit over the course of the last several weeks and defensive backs coach Carnell Lake was also present at the cornerback’s Pro Day. The team is bound to address the cornerback position in the first two or three rounds of the draft, so it’s not surprising to see all three of these analysts peg Peters as being the Steelers possible selection.

Despite his drug-related character red flags, all three have LSU’s Jalen Collins being drafted late in the first-round. Additionally, both Brooks and Baldinger have Nebraska edge-rusher Randy Gregory falling past the Steelers as well.