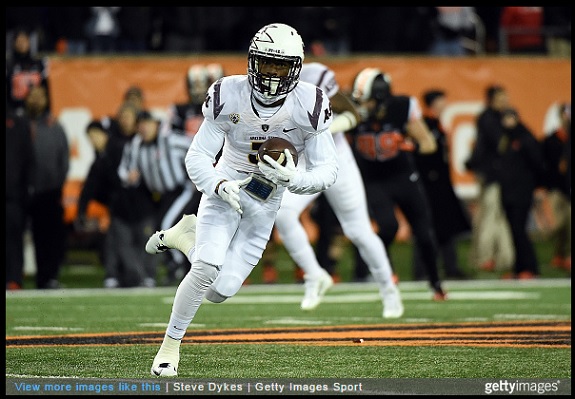 The final, final, final media mock drafts are starting to be released on this Thursday and Mel Kiper Jr. of ESPN has an interesting selection for the Pittsburgh Steelers in his last effort of 2015.

Kiper, who previously had the Steelers selecting Wake Forest cornerback Kevin Johnson with the 22nd overall pick in the first round in his last mock draft, now has Pittsburgh selecting Arizona State free safety Damarious Randall.

Why they take him: They need a safety who can cover, and Randall has moved up on a lot of boards. With Kevin Johnson not available, Randall becomes the secondary addition they need.

Why they pass: Maybe Ray is worth the gamble here, and maybe Collins is still around.

Well, this certainly is surprising and I can’t say that I remember any major media mocks having Randall going to the Steelers in the first-round. To show you how far Randall has risen over the course of the last several months, I had him going to the Steelers in the seventh-round of the very first mock draft that I did this year. Much like Connecticut cornerback Byron Jones, Randall really blew up after the 2015 NFL Scouting Combine.

Kiper also chose Randall for the Steelers with Washington cornerback Marcus Peters still on the board.

Randall started 24-of-25 games at Arizona State over the course of the last two seasons and recorded 177 tackles and 15 stops for losses, four forced fumbles, one fumble recovery and 12 pass deflections in two seasons.