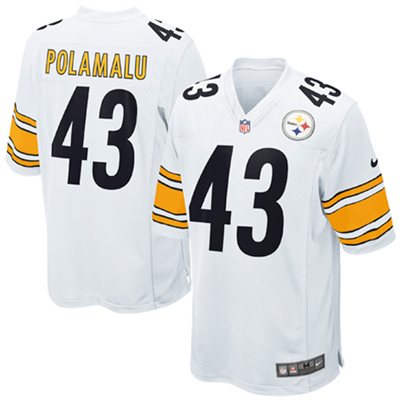 According to a Wednesday afternoon report by Scott Brown of ESPN.com, Pittsburgh Steelers safety Troy Polamalu is still undecided about his future with less than a week to go before the start of the new league year.

According to a source, Brown reports that Polamalu is still considering playing in 2015 to show the Steelers that he still can play in the league. He did add, however, that playing for another team would only be an option if it is the right fit.

Polamalu is still under contract with the Steelers through the 2016 season, but Ed Bouchette of the Pittsburgh Post-Gazette recently said in a radio interview that the organization is hoping the veteran safety will retire so they won’t have to release him. On Wednesday, Brown confirmed that report.

If Polamalu is indeed released after the start of the new league year, the Steelers can choose to designate him a post June 1 cut and in doing so, they would eventually clear $6 million in salary cap space later this summer. They could also choose to designate him as an immediate release and in taking that route, they would clear $3.75 million in cap space for 2015 immediately with no dead money carrying over to 2016.

If Polamalu is looking for a good fit next season if released by the Steelers, the Tennessee Titans would likely be the team with best chance of signing him as former defensive coordinator Dick LeBeau is now in charge of their defense. The Titans recently released veteran safety Bernard Pollard in addition, so it looks like a starting spot is currently open for him.

Polamalu’s future will more than likely be decided over the course of the next week and it’s looking more and more like his time in Pittsburgh will be coming to end soon. Stay tuned.