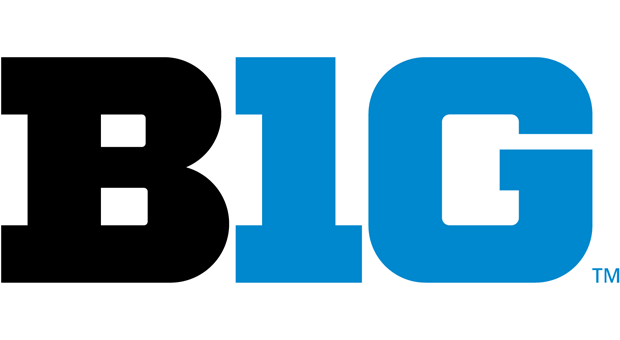 When it comes to the art of drafting, it’s not just simply who runs the fastest 40 or who bench presses 225 pounds for the most reps. For every JaMarcus Russell, who made scouts drool over his intangibles, there’s a Tom Brady, who was given a low draft grade due to poor foot speed and lack of arm strength. We all saw how that worked out, and it’s because drafting isn’t a science, it’s a roll of the dice, despite all the analysis that goes into players.

One statistic that stands out to me in terms of the Pittsburgh Steelers war room is the front office seems to hold players from the Big-Ten Conference in higher regard. This seems especially true for players from Ohio State University, with some mixed results. Dating back to the 2006 draft, the team has selected three Buckeyes with their first-round pick, starting with wide receiver Santonio Holmes, whom they traded up for. In the short-term, this move was successful as he teamed with Hines Ward to form a great tandem at wideout, culminating with his sensational catch in triple coverage in the waning seconds of Super Bowl XLIII. However, his off-the-field antics ultimately spelled his demise in the Steel City.

Fresh off another Super Bowl appearance in 2010, the Steelers plucked defensive end and former-Buckeye Cameron Heyward with the 31st pick. Considered one of the best 3-4 ends in the game, he was the team co-leader in sacks last season with 7 and-a-half, and at only 25, his best football may be in front of him. Hopefully the team can secure his future with an extension soon, ensuring he’s wearing the black and gold for years to come.

Possessing a freakish skill set, he finished his Buckeye career ranking sixth in school history in solo tackles with 208. He also led the team in tackles in 2012 and 2013, joining an impressive list of names like James Laurinaitis, A.J. Hawk, Chris Spielman and Pepper Johnson.

Of course for every standout, there are a few questionable picks. Outside linebacker Thaddeus Gibson in the fourth round in 2010 was one, as he was highly praised coming out, and potentially seen as a starter down the road. He was eventually cut, and now resides in the CFL. How about Mike Adams, the second-rounder in 2012? He’s a classic “looks like Tarzan, plays like Jane” player, possessing elite size but lacking any bite to go with his bark. He has failed up to this point to lead anyone to believe that despite his lofty draft status, he will grab either of the team’s long-term spots at tackle, and 2015 very well could be his last in Pittsburgh.

The conference the team looks to second-most seems to be the ACC, with five selections in the top two picks, since 2000. Another footnote is that the University of Pittsburgh no longer plays in the Big East, but the ACC, so the front office can basically scout visiting team’s right in their own backyard.

Whether it’s coincidence or not remains fuel for speculation. If their recent draft history suggests otherwise, some names they could possibly be eyeing up in round 1 are Brandon Scherff, Eddie Goldman, P.J. Williams, Trae Waynes, Vic Beasley, Ereck Flowers, T.J. Clemmings, Devin Funchess, Eli Harold, or Maxx Williams, among others. One school in particular I noticed wasn’t on the list of Steelers’ draftees, and that’s powerhouse, Alabama. Maybe it’s the rough transitioning of a number of their stars to the NFL, including Mark Barron, Trent Richardson, or Rolando McClain?  Or perhaps Pittsburgh’s close proximity to the Buckeye State, plus former-Buckeye Dick LeBeau had something to do with that.

Now that LeBeau is off to Tennessee, will we see a change of heart? ESPN draft guru Mel Kiper Jr. seems to think so, sending safety Landon Collins to Pittsburgh in his latest mock to help infuse some sorely needed talent into an eroding secondary. The last the front office went to the Crimson Tide pool dates all the way back to 1998 when they grabbed cornerback Deshea Townsend, and that worked out pretty well. Perhaps it’s a move they’ll want to consider again come April 30.