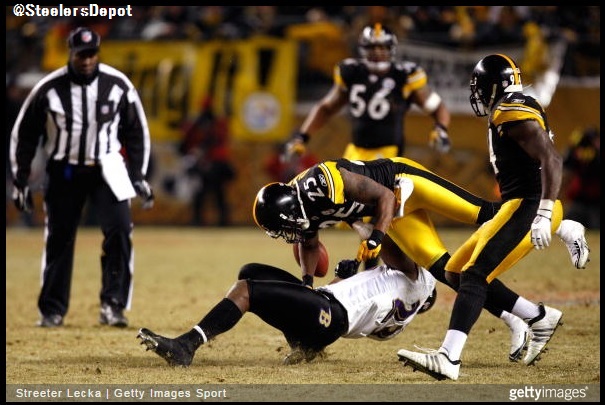 Former Pittsburgh Steelers free safety Ryan Clark officially announced his retirement from the NFL yesterday, pursuing the career in broadcasting that many expected he would take following the 2013 season, after which the front office failed to re-sign him.

Instead, he signed a one-year deal with the team that helped land him with the Steelers, the Washington Redskins. He played extensively for Washington, much like Larry Foote played a major role for the Arizona Cardinals defense, both showing that they had perhaps a bit more left in the tank than the front office and many Steelers fans gave them credit for.

But those fans certainly will not be remembering Clark for the way in which he has handled himself since the Steelers failed to re-sign him; or, at least, that shouldn’t be the way he is remembered.

Clark played an extremely important part in bridging the gap between the 2005 championship team with safety Chris Hope to the 2008 championship team. Clark always played second fiddle to the dynamic All-Pro, Troy Polamalu, but in many ways, for a period of a few years, Clark was a top-notch safety in his own right.

He may have only earned one Pro Bowl in his 13-year career, but between about 2008 and 2012, he was certainly entitled to be considered for a couple more. By the end of his career, he was averaging 100 tackles per season, though he was never a huge contributor in the turnover department.

Clark’s most defining trait was his complete willingness to sell out his body in any area of the field, but particularly in the running game. He was a fearless run defender, and in his prime, was getting the job done about as well as anybody else.

Clark was an excellent foil to Polamalu’s freelancing, even if he may have over the years exaggerated the difficulty that comes with playing with such a player. They had a learned rhythm that kept the back end stable for years and prevented the defense from giving up many big plays.

Despite his hard-hitting play, he was also very durable, as long as he wasn’t playing in Denver, of course. In his later years, he knocked himself out of a game or two, but certainly his defining moment came in the playoff game against the Ravens in the 2008 season, when he gave running back Willis McGahee a vicious shot that took both players out of the game and which would today be illegal.

It’s only fitting that Clark would choose to retire as a Steeler. After all, they may not have given him his first opportunity, but they embraced him as one of their own when he was a modest at best free agent signing.

He flourished as one of the most underrated defensive backs in the league under Dick LeBeau for that period of years as one of the stabilizing pieces of the defense that kept all the mechanisms working in sync. His intelligence was obvious on the field, and he will make good use of it in his second career.