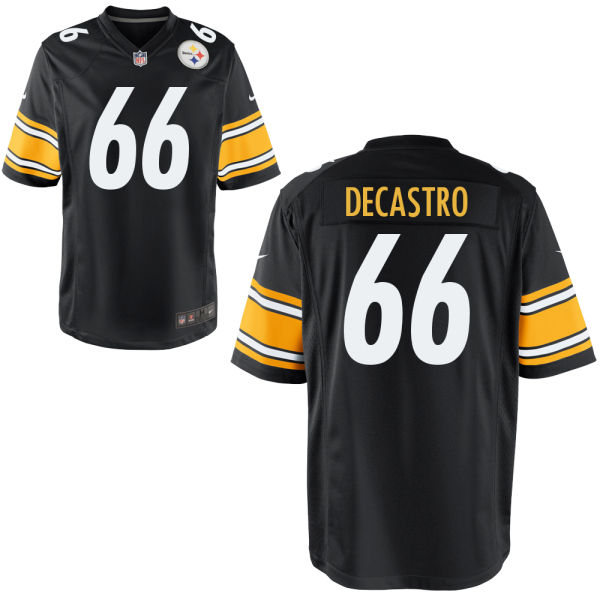 The Steelers practically ran their draft card up to the podium in 2012 when they got the opportunity to select guard David DeCastro with the 24th overall pick, believing him to be a key cog in rebuilding an offensive line that the team had been ignoring for too long.

Next to Maurkice Pouncey at center, the two first-round draft picks would become the strength of a rising offensive line for the next decade, protecting their franchise quarterback investment up the middle and driving holes through the defensive line for running backs.

Like Pouncey, it wasn’t long, of course, before DeCastro was plugged in as a starter, but his rookie season was derailed before it took off after he mangled his knee in the preseason. He ended up missing most of his rookie year, only playing in the last three games when Willie Colon was put on injured reserve.

DeCastro looked the part of a rookie who was way behind on practice reps going up against experienced veterans well into the routine of the season. In other words, there wasn’t much to learn from his first three games.

Of course, his second season was a different story, as we finally began to get a glimpse of the player we believed the Steelers had drafted. After a bit of a slow start, and a mid-season injury, DeCastro displayed streaks of dominance, particularly in the running game, and finished as, if memory serves, a third alternate for the Pro Bowl.

2014 wasn’t much different. Perhaps there were a bit more peaks and valleys. The Steelers ended their policy of revealing Pro Bowl alternates, however, so it’s unknown how close DeCastro was to making the Pro Bowl.

Former Steelers great Alan Faneca is eligible for the Hall of Fame next year. He made the Pro Bowl nine times. But his first trip to the all-star game didn’t come until his fourth season in the league. DeCastro isn’t far at all from playing at a Pro Bowl level. He simply needs a bit more consistency in his game, and there’s no reason to think that that won’t come in his second season under a Hall of Fame offensive line coach.