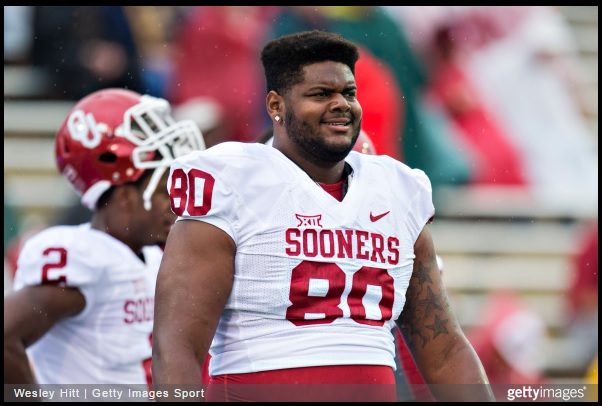 In the 2015 NFL Draft class, there are two nose tackles who are generally given first round praise. Although not necessarily a need for the Pittsburgh Steelers, they generally take a “best player available” route and if either is on the board at 22, they may be hard to pass up.

The first is Washington’s Danny Shelton, who’s considered a top-15 lock. Shelton has a lower body that resembles that of a redwood tree, and at 6-foot-2 and 339 pounds, the native Samoan has drawn comparisons to star Haloti Ngata. This isn’t based solely on his stature but also his ability to collapse the pocket and get after quarterbacks. The other is Oklahoma’s Jordan Phillips, the 6-foot-5, 329-pounder who has been labeled a “freak of nature.” He has been rumored to have the ability to perform backflips in full pads. For a player that large, to be able to do those types of things is certainly insane, and it begs one to wonder whether Phillips’ ceiling is even higher than that of his draft class counterpart Shelton.

Strictly speaking from a nose tackle standpoint, these two specimens are rare. These types of human beings don’t just grow on trees, and a quick glance at an NFL roster usually leads the untrained eye to the heaviest player there, often in excess of 315 or so pounds. Nose tackles, or 0-techniques, are asked to do an ungrateful job, often going entire games without a tackle or even a sack. Their girth is required to swallow up the constant double and even triple teams they face, plus the strength to defeat blockers and maintain a good pad level. For a man such as the Steelers’ giant Daniel McCullers, it’s difficult to get a good pad level when you’re 6-foot-7. There are traits of each that are more attractive to NFL teams, with Shelton looking, from a physical standpoint, like a prototypical 3-4 nose tackle. At a squatty 6-foot-2, with a lower body constructed like former WWF/WWE star Yokozuna, he has an anchor-type base that can be an immediate cure to a team’s run-stopping woes. In many ways, he is a Casey Hampton-type, an immovable force and a rock for a team’s defensive line. But it’s his ability to knife into backfields that has teams drooling, as evidenced by his 16 and-a-half tackles for loss and 9 sacks a season ago.

Relatively lean for a man his size, Phillips is more of a traditional nose tackle, and his freakish athleticism is drawing comparisons to the Chiefs’ All-Pro Dontari Poe.

Phillips also battled back problems last season, ultimately resulting in surgery. His motor seems to run hot and cold as well, but when it’s hot, he shows true dominance. What I mean by that is he does his job, and does it well, even though his name may not show up in the stat sheet, much like Hampton’s often didn’t. Not to take anything away from Steve McLendon, who like Shelton, is more well-rounded and offers much more in terms of getting into the backfield. But Phillips, like Hampton, is more of the brick-wall type of presence in the middle of a defense, helping bring opposing running games to a halt. At times, he is absolutely immovable from the line of scrimmage, however, at the same time, he’s an unfinished product as well. With the molding of defensive line coach John Mitchell, Phillips could blossom into a truly special nose tackle in the league.

Last week at the NFL Combine, the two giants proved their worth to NFL teams. Shelton posted a 5.64 in the 40, which wasn’t surprising for a man of his size. Phillips, at only 10 pounds lighter, recorded a 5.17, a very impressive number. The bench press went in Shelton’s favor however, 34 reps to 28 for Phillips. Phillips won the broad jump though, 105 inches to 95 inches.

At pick 22, it’s highly unlikely Shelton falls that far, and unless the team trades up, he won’t be donning the black and gold. Phillips is a different story, and should be there when the Steelers go on the clock. Coupled with questions at outside linebacker and cornerback, could this really be an area of need? As stated earlier, with a “BPA” approach, it wouldn’t be surprising to see Phillips as a possibility, much like Ryan Shazier last year, when 99 percent of draft analysts had cornerback Darqueze Dennard mocked to Pittsburgh. With the raw McCullers, coupled with McLendon in the final year of his deal, Phillips could be the future bedrock of the team’s 3-4 line, along with Cameron Heyward and Stephon Tuitt. And should the team ever shift to a 4-3 front, plugging his 329 pounds next to McCullers’ 352 would be problematic for opposing offensive lines. Think of a more athletic Hampton pulling off backflips in training camp. That’s the type of player Mitchell could have his hands on, and what a piece of clay to mold from.