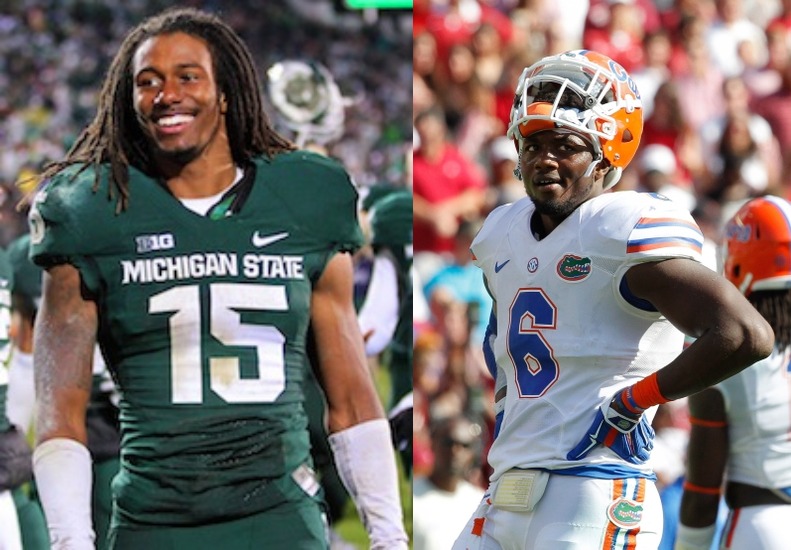 NFL.com draft analyst Mike Mayock released the first version of his position rankings for 2015 NFL Draft ahead of the scouting combine on Wednesday and when you look at the two biggest areas of positional needs that the Pittsburgh Steelers currently have, you’re probably not going to be too surprised with his order.

As far as cornerbacks go, Mayock has Trae Waynes of Michigan State listed at the top ahead of Washington product Marcus Peters. These two, along with LSU’s Jalen Collins and Florida State’s P.J. Williams, all figure to hear their names called during the first round of the draft.

After breaking down Waynes a few weeks ago, our very own Alex Kozora came away very impressed with his tape. He currently believes that Waynes will be the first cornerback off the board in the draft and that he will be selected within the first 15 picks.

As for Peters, he still has character flags that need to be checked into between now and draft day and you can bet several teams will be ready to talk to him next week at the combine.

Last year there were five cornerbacks drafted in round one and that’s the first time that’s happened since 2010.

As far as edge rushers go on Mayock’s list, you should also be familiar with all five listed as we’ve already broken them all down for you. Mayock has Florida’s Dante Fowler Jr. at the top his list and he’s followed by Randy Gregory of Nebraska and Missouri’s Shane Ray. All three are candidates to play outside linebacker in a 3-4 defense and there’s a good chance that all three will be off the board by the time the Steelers are on the clock in the first round with their 22nd overall selection.