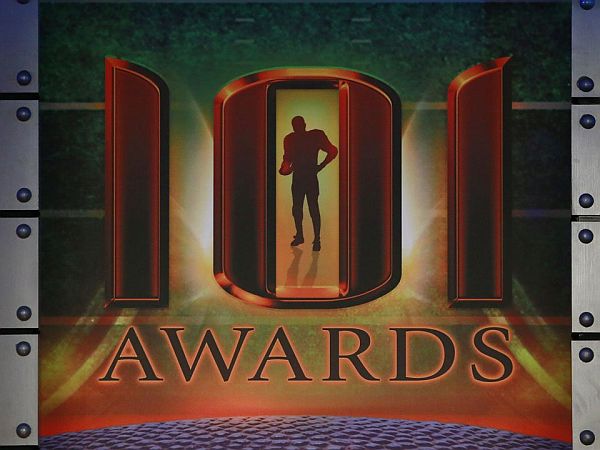 Pittsburgh Steelers running back Le’Veon Bell and wide receiver Antonio Brown continue to be recognized for their outstanding play in 2014 as both were named co-winners of the NFL 101 AFC Offensive Player of the Year award Tuesday.

This marks the first time in the  45-year history of the award that two players have been named co-winners and both Bell and Brown are very much deserving of the honor.

Bell, who was voted the Steelers team MVP this year, led the AFC in rushing with 1,361 yards. He also caught 83 passes for 854 yards, giving him an AFC-most 2,215 yards from scrimmage which is now a new franchise record.

Bell and Brown will be honored during the annual black-tie salute to pro football on Feb. 28 at the Westin Crown Center in Kansas City.

Former Steelers quarterback Kordell Stewart was the last Pittsburgh offensive player to win an NFL 101 award and that happened back in 2001 when he was named the AFC Offensive Player of the Year.