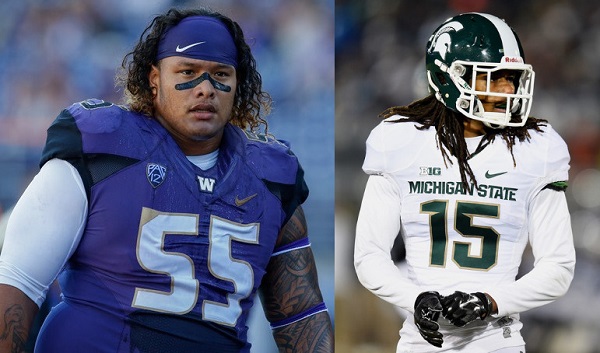 The 2015 NFL mock drafts are well underway and while we’ll see the names shuffle up, down, in and out of the first round between now and the end of April, it’s fun to have several of these logged to look back at.

The latest first round mocks by Rob Rang and Dane Brugler of CBS Sports were released Monday and one has the Pittsburgh Steelers selecting a cornerback at 22nd overall while the other has them taking a nose tackle.

Rang has the Steelers down for Michigan State cornerback Trae Waynes.

The secondary has arguably been the Steelers’ biggest weakness all season. Waynes possesses terrific length (6-1, 183 pounds), fluidity and ball-skills.

Brugler has the Steelers down for Washington defensive tackle Danny Shelton.

Without a stout player at the nose tackle position, Dick Lebeau’s defense just isn’t the same, making Shelton an intriguing option here. He has impressive quickness for his size, but also the upper body strength to bully blockers and handle double-teams.