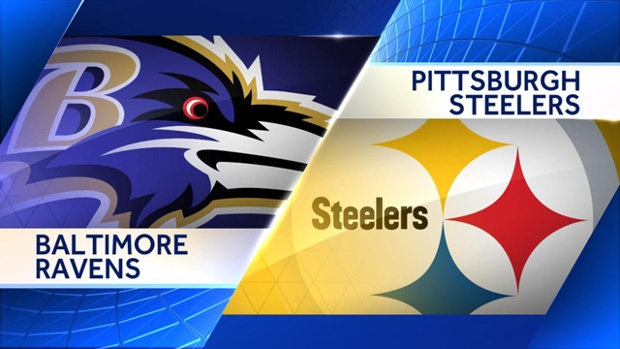 This is a lighter version of the Baltimore Ravens’ scouting report. A full, more in-depth version will be posted shortly. For this, a week-by-week recap of each Ravens’ game with the notable highlights in each.

Week One vs Cincinnati Bengals: 23-16 Loss

The Bengals built a 15 point lead off five field goals, holding the Ravens scoreless until late in the third quarter. Justin Forsett capped off a decent opening week with a 13 yard touchdown run. Joe Flacco threw the ball an absurd 62 times but only one touchdown pass.

It was an important one – an 80 yard completion to Steve Smith that gave the Ravens a temporarily 16-15 lead.

Emphasis on “temporarily” as the Bengals scored two plays later via an A.J .Green 77 yard grab.

Flacco would drive his team down to as close as the Bengals 21 but a sack on 4th and 9 ended the threat and the game.

You know what happened. Owen Daniels caught two short touchdown passes on the day while holding Ben Roethlisberger in check to just 217 yards passing and no touchdowns.

Bernard Pierce took the reigns as Baltimore’s zone scheme had its way with the Steelers. Pierce contributed with 96 of the team’s 157 yards on the ground.

Justin Tucker nailed two field goals in the final five minutes, including one as the clocked ticked zero, to vault the Ravens over the Browns.

A new week, a new leading rusher as the Ravens were still attempting to find a way to replace Ray Rice. Rookie Lorenzo Taliaferro averaged 5.1 yards per carry on 18 attempts while adding a one yard plunge across the goal line.

The Ravens held Cleveland’s running game in check (2.8 YPC) but let Brian Hoyer have an efficient game, throwing only six incompletions and a touchdown to Miles Austin.

Steve Smith again went over the hundred yard mark, highlighted by a 32 yard grab to the Browns’ 13 with less than a minute remaining.

Baltimore’s pass rusher was underwhelming, failing to record a sack for the second time of the season.

Although they walked away with the win, they would lose one of their top offensive weapons. Pitta was lost for the year with a severe hip injury. The most recent news was that Pitta will try to play in 2015.

Baltimore exploded for 21 points in the second quarter via two Steve Smith grabs while Justin Forsett rushed for another score.

By the game’s end, the home team racked up over 450 yards of total offense. Joe Flacco had one of his best games, throwing for three touchdowns and 327 yards.

Rookie inside linebacker CJ Mosley paved the way with 11 tackles while Elvis Dumervil had 1.5 sacks.

With the win, the Ravens ended the first quarter of the season with a comfortable 3-1 record.

The Colts didn’t play a particularly good game on offense but a below average performance by Flacco and an inability to use a working rushing attack resulted in a loss.

The Ravens were an abysmal 1-11 on third down. Despite averaging six yards per carry, they ran the ball 15 times compared to 38 attempts through the air. Flacco opened the second half with an interception that set up a Colts’ touchdown.

Conversely, the Ravens couldn’t capitalize on their two interceptions of Andrew Luck, failing to score either time.

Indianapolis’ pressure brought Flacco down four times and made him become a checkdown machine, completing seven passes to Forsett.

The Steelers may have had trouble with Tampa but not the Ravens. This one was a laugher 15 minutes in. The Ravens found the end zone four times in the first and extended their lead to 38-0 by the half.

Flacco had his best game, tossing five touchdowns while completing 75% of his passes. Four different players were on the receiving end of those scores, including Torrey Smith twice.

Justin Forsett became the lead back with 111 yards on just 14 carries. An average of nearly eight yards.

Dumervil and Terrell Suggs teamed up for 2.5 of the Ravens’ five sacks.

As you’d imagine, the Bucs offense was stagnant, recording only five first downs in the first half. Jimmy Smith picked off a Mike Glennon pass that would set up Baltimore’s second score. Tampa Bay’s defense couldn’t get to Flacco, failing to sack or even hit him.

The Ravens improved to 6-2 with a convincing win over Atlanta. The offense wasn’t dominant, Flacco threw two picks and the running game was held well under four yards a tote, the defense came up in a big way.

Matt Ryan threw just a lone touchdown pass while taking five sacks and fumbling one away. Terrell Suggs was credited with a 4th quarter safety to pair with Dumvervil’s two sacks.

The Falcons were a pitiful 4-15 on third down.

An 80 yard drive aided by Mohamed Sanu’s 53 yard catch pushed the Bengals to a last-minute win over their AFC North foe.

Flacco was ugly, completing exactly 50% of his passes, throwing two picks, and being held under 200 yards. Both those picks came in the second half, leading to 10 Bengals’ points.

Cincinnati didn’t run well but ran it often and wound up with 111 yards on the ground.  And of their Of their 27 points, 20 came in the second half.

Baltimore’s top two receivers were Lorenzo Taliaferro and Michael Campanaro. Which tells you all you need to know about the passing game that day.

They would also suffer a big loss in the secondary, a theme for the second half of the year. Cornerback Jimmy Smith injured his foot and would go on injured reserve two weeks later.

As great of a victory as it was for the Steelers, I’ll keep it brief. You remember what happened. Roethlisberger tore the Ravens to the tune of six touchdowns. The Steelers running game wasn’t strong, LeGarrette Blount actually outrushed Le’Veon Bell, but it didn’t have to be.

Antonio Brown racked up 144 yards and a score while Matt Spaeth caught his first pass of the season, a 33 yard touchdown to close out the contest.

The Ravens rushing attack was held in check this time around, averaging 3.8 YPC and only one run over ten yards. Flacco was sacked four times, twice by James Harrison.

With the loss, Baltimore fell back to Earth with a 6-4 mark.

Forsett ripped the Titans for 112 yards rushing and two scores as the Ravens righted the ship. His two scores put the Ravens ahead by seven at the end of three quarters and a 32 yard touchdown via Torrey Smith in the fourth put the game away.

Zach Mettenberger was greeted with a rude second career start, flinging a pick and being sacked five times. The Duke boys were at it again, Suggs and Dumvervil totaling 4 of them.

The Titans were held to 210 yards of total offense and just 14 first downs.

The bye week didn’t cool Forsett off, running for 182 yards, the most since his college days. The Ravens got solid contributions in all three phases: Forsett ran for two scores, safety Will Hill had a 44 yard pick six, and Tucker booted a 55 yard field goal.

The Saints offense got off to a fine start but scored just ten points in the second half. One of those was a touchdown with less than a minute to go.

Drew Brees threw for 420 yards but the Saints’ offense never seemed in a groove. Perhaps in part due to a poor rushing attack (46 yards from their RBs) and four sacks.

Torrey Smith began to get back on track, leading the team with 98 yards on four grabs.

Despite a ten point lead with six minutes left, the Ravens fell following a Philip Rivers touchdown toss to Eddie Royal in the game’s final minute.

Jacoby Jones did provide a boost to the return team, taking one kick back 72 yards to the Chargers’ 30.

Inside linebacker Daryl Smith ended the day with eight tackles, second on the team.

21 second half points, including 14 in the 4th quarters, gave the Ravens a much-needed win in the competitive AFC playoff race. Flacco threw two touchdowns, including one to Steve Smith, but it was his one yard sneak late in the fourth quarter that salted the game away.

Baltimore had a sacked Ryan Tannehill six times. Elvis Dumervil picked up 3.5 of those.

The Dolphins were held to just 44 yards in the 4th quarter.

The Ravens’ offense sputtered but the defense kept a struggling Jaguars’ offense in check, holding them to 248 yards of offense and 13 total first downs.

Despite a secondary boasting unknown names, they implemented a “bend but don’t break” defense, holding Jacksonville to four field goals.

Wide receiver Kamar Aiken picked up the slack for the offense, recovering a blocked punt for the game’s first points.

Owen Daniels caught another touchdown pass and Justin Tucker connected from 33 yards out to round out the day’s scoring.

Jacksonville was a measly 5-18 on third down. The Ravens sacked Blake Bortles a season-high eight times by four different defenders.

An ugly defeat to the hands of a Houston team starting newly signed Case Keenum at QB. Flacco was worse than horrific. Even garbage time couldn’t salvage his stat line: 21/50 195 yards, 2 TDs 3 INTs.

All three of Flacco’s picks came in his own territory, leading to 13 Texans’ points.

Falling behind, they abandoned the run, finished with only 15 attempts and 33 yards.

Houston’s offense was far from spectacular but took advantage of the gifts the Ravens gave them. Kicker Randy Bullock netted six field goals.

Following the loss, the Ravens found themselves on the outside looking in for the AFC playoffs.

It wasn’t easy but the Ravens walked away with the victory and after a Chargers’ loss, into the playoffs. Flacco threw for over 300 yards and Forsett ran for 119 yards on 17 carries, an average of seven yards per tote.