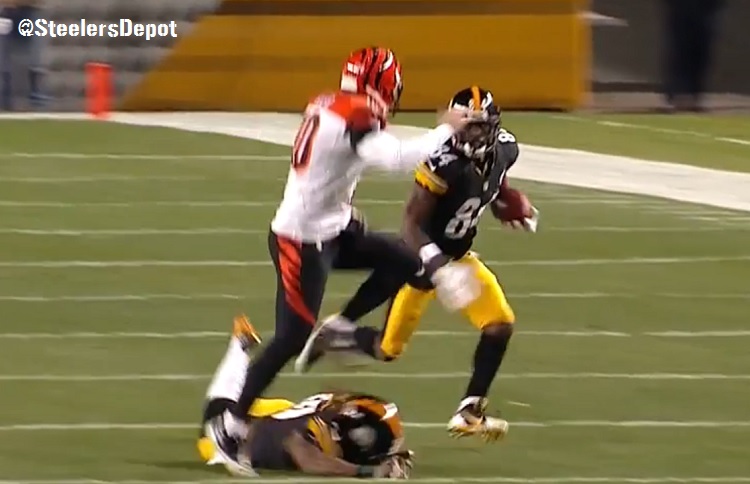 Pittsburgh Steelers wide receiver Antonio Brown has another award to put on his mantle as he’s been named the AFC Special Teams Player of the Week for the final week of the 2014 regular season.

In the Sunday night win over the Cincinnati Bengals, Brown returned two punts for 84 yards, including a career-long 71-yard return for a touchdown early in the first quarter. Brown has now returned three punts for touchdowns during his career and that ties him for the second-most in franchise history.

All three of Brown’s punt returns for touchdowns have come against the Bengals.

Brown, who was voted to his third Pro Bowl last week, ended the regular season as the league-leader in both receptions and receiving yardage. Brown’s 129 receptions represent the second-best single-season total in NFL history and his 1,698 receiving yards are good for sixth on the all-time list.

Brown has now been named AFC Special Teams Player of the Week two times during his career. He was last honored in Week 12 of the 2011 season after returning a punt 60 yards for a touchdown against the Bengals.