Cornerback William Gay set a Pittsburgh Steelers’ record with his third pick six of the season with his 52 yard return Sunday against the Atlanta Falcons. We’ll break down the interception below.

The Falcons motion tight end Levine Toilolo from the offense’s right to left, causing Gay to back off and leave a cushion. Troy Polamalu also appears to be motioning to the secondary to play back. 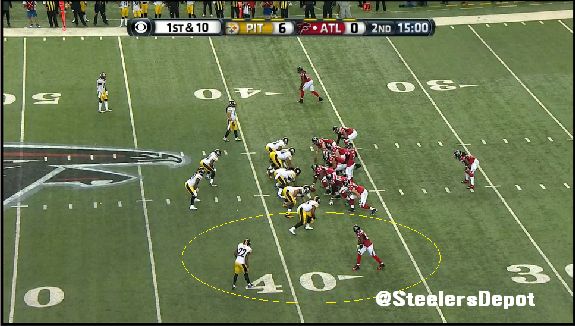 The Falcons have both receivers with splits inside the numbers. It’s a seven step drop for quarterback Matt Ryan. To protect him and give him time in the pocket against the threat of a heavy rush, they max protect by keeping their tight ends on a check/release.

Off the snap, it’s a two man route with only both wide receivers releasing. 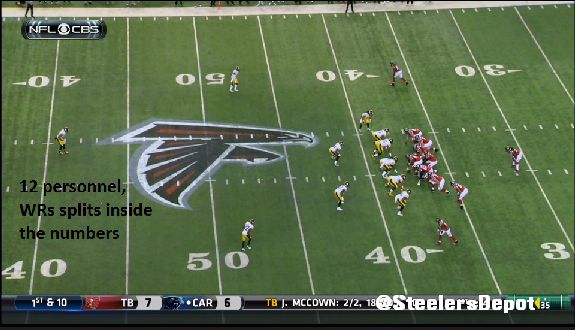 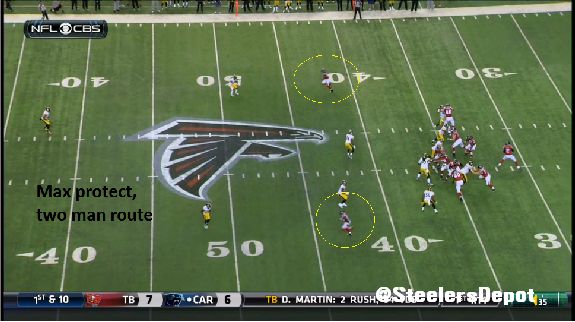 It’s man coverage but an easy read for the corners anyway. Just two receivers and two corners. No pattern reading, no exotic zone dog, just reading the route and making a play on the ball. And a simple concept. Both receivers run 15 yard digs. 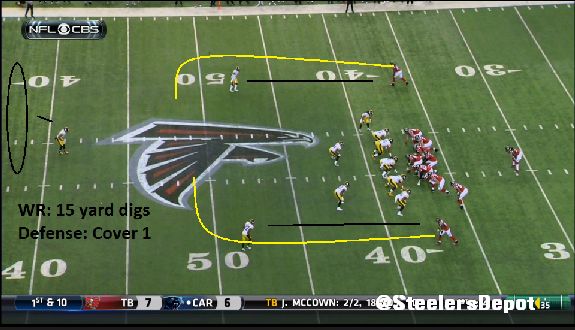 I’ve always been a fan of cornerbacks having a cushion and the luxury of reading the receiver. And that’s what Gay does here. He’s reading Harry Douglas the entire route and does a great job of jumping the dig.

If you look in the screenshot below, you see Gay get such a good jump. There’s more to it here than just reading the route. The break is too good. With no assumed help over the top, it’s a risk if you’re only reading the break. It could be a double-move. How was Gay so sure of himself? 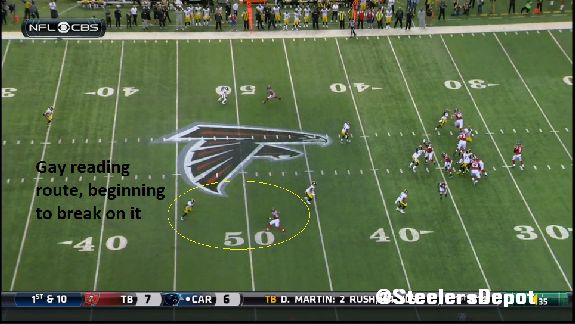 Easy. It’s all about film study. And frankly, the Falcons made this one pretty easy.

Flip back to the previous week Falcons’ game against the Green Bay Packers. Same situation, first and 10, in the second quarter. First offensive play off a kick return. Similar personnel grouping – it’s actually 11 personnel but with the third receiver, Devin Hester, tight to the line – with the same reduced split. Both outside wide receivers are lined up inside the numbers. 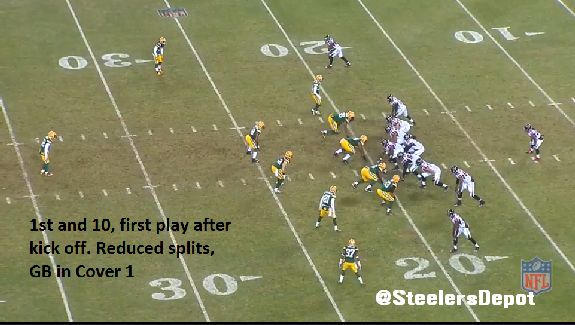 Julio Jones runs a crisper route in the Packers game, completely turning the cornerback around, but the concept is the same. Roddy White runs the same concept at the top of the screen. As I wrote in my scouting report, the Falcons like to mirror concepts. The depth is the same, the route breaking at about 15 yards. 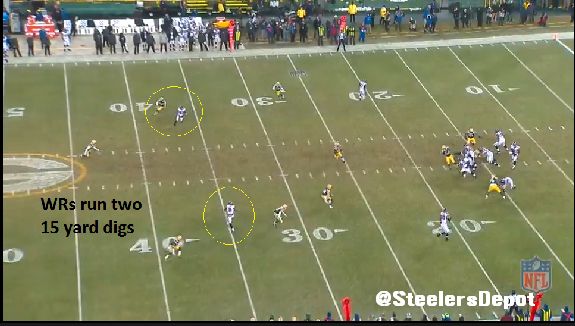 That knowledge gave Gay the confidence to jump the route. Frankly, I’m surprised Ryan even pulled the trigger. Just before the throw, you can clearly see Gay is in position to get in front of the route. 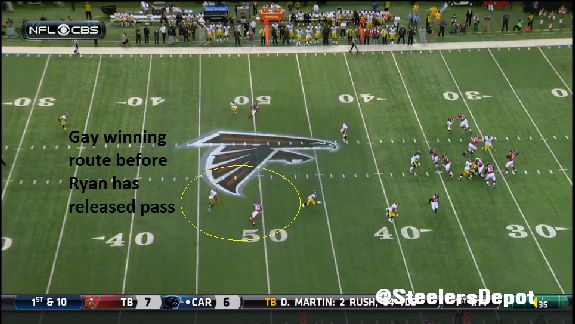 He does a nice job high pointing the football and picking it off cleanly. 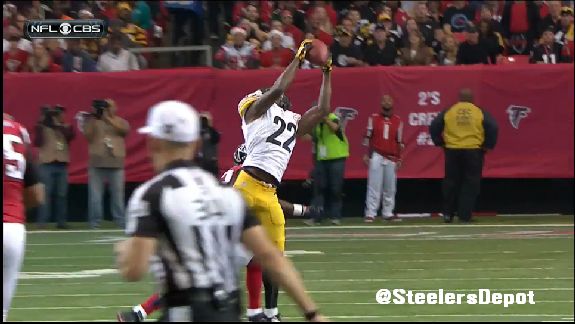 And on the return, he gets two key blocks. Lawrence Timmons knocks down tight end Bear Pascoe and Jason Worilds forearm shivers Ryan. 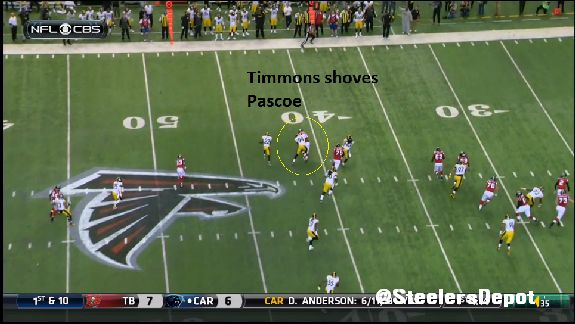 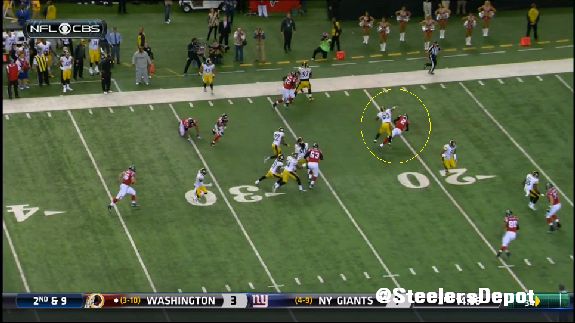 Gay does the rest and houses it, putting the Steelers’ ahead and himself into the franchise’s history books.

There was much dancing.

Dating back to last year, he has four consecutive interceptions for touchdowns. The first to do that since Charles Tillman in 2011-2012.

Gay’s film study has really paid off. It’s that extra work that has turned him into the best Steelers’ corners, even if at this point, isn’t saying much. He’s the quintessential Steelers’ cornerback. Smart, physical, a good run stuffer, and a hard worker.

For years, he was vilified. And now, rightfully so, praised.